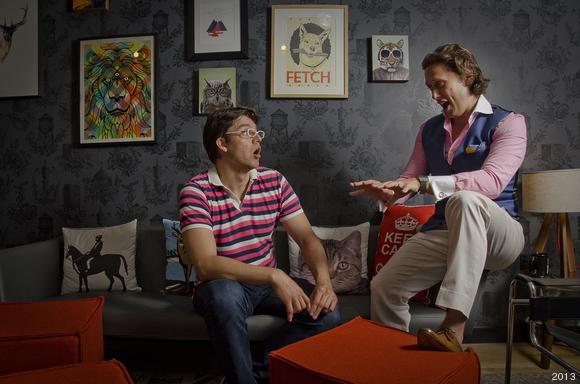 “What it comes down to,” explains the Blot Magazine‘s editor in chief and publisher, Neil St Clair “is that we make you think and discuss things that perhaps you ordinarily would not have.”

We’re sitting in Soho, NYC on a summer afternoon trying to get to the gist of what makes a NYC rag really matter. Trying to get to the heart of the matter why the Blot magazine ought to matter and judging by some of the features the newly arrived journal has already begun posting it’s well on its way. (I’ve placed a selection of some of my favorite features at the end of the article)

Recently financed by a backer (and I understand there’s more to come as the outlet builds its writers chops, more on this later) the Blot Magazine is aiming to make a real difference to the way one consumes their news, and forms their opinions.

Yet as much as the journal is gunho about exploring the nasty misbehavior of society and celebrity (and they have explained they are certainly not shy about exposing the grit) the journal is also quite game to publish edgy well worded pieces that explore the uncommon, the off the radar, and the intriguing within the spectrum of business, politics, culture and lifestyle.

“It’s a writer’s magazine. It’s a magazine where we want great stories that are well written that go on to poignantly reflect on the human experience, that challenge us to consider the dialectics of our times.

Think Norman Mailer, Hunter Thompson. We’re interested in original narratives that explores life from the peculiar, unconventional and the provocative.”

Goes on to tell Neil St Clair: “We’re certainly not afraid of the backlash, we encourage backlash. We want to embrace the controversial and scandal.”

The journal aims to take on a symbiosis between that of the almost literary writer and that of the photographer, where the story as a whole is a harmonious experience.

“Yes, we definitely believe in the idea of the photo essay. Who can resist such great stories,” tells Geana who with his vast cache of fashion editorial background who now seeks to turn such formatting with great copy.

In a world where tabloid has morphed into re blogging of trending stories (yes kids, get those hits) The Blot is conscious of exploring those stories that are sometimes off the radar and if they are on the radar then to give them substantive affect, where one really gets a sense of what is going on and why. Which might be another way of saying journalism may with the vision of the Blot will be going,  away from the shrill and hyperbole and back to the meaningful and reflective, even if its topics are sometimes the common vernacular of tabloid land.

Asked about the journal’s motto, ‘never be boring,’ Geana explains the idea came to him and St Clair when they sat down to discuss what they really wanted from their creative project.

“We wanted to raise the bar. Give voices that perhaps would not normally get to be heard to this time have their voice heard. If a journal can’t point out what’s wrong or good and conflicting about what’s going on in the world then why are we even there?”

Reflects St Clair: “I think there exists a space between the tmz’s of the world and the new yorker, from the shrill and outright gossip to the sometimes mundane long hand essays that require a whole afternoon to get through. We want to be somewhere in between, where you get your gossip, scandal fix but as well as your desire to read meaningful copy and be made to think and feel.”

One conceived project St Clair and Geana are considering is the idea of the serialized post, where a writer gets to write great long hand copy about a particular topic, in which vignettes go on to re appear regularly as was once done in the old world of press.

Which probably might be something that Yale graduate, St Clair might be well adept to pull off considering his background as a video editor where he had to learn to be able to tell a story in one and half minutes.

“It forced you to get to the gist. To be very conscious of what you really wanted to say it and say it with the greatest bang within the alloted time frame.”

Geana for his part comes armed with a long history of writing and photographing for newyork magazine, huffington post and a variety of fashion journals about town, where he got to hone his eye on what makes for fabulous.

Which raises the question with the Blot magazine’s grand editorial mission, thirst for the human connection and deepr regard for what makes us all tick is will the readers buy it?

In simple words; ‘they’d be damn stupid if they didn’t….’

The Amanda Show: A Story of Schizophrenia and Social Media

My Week In Communist Cuba