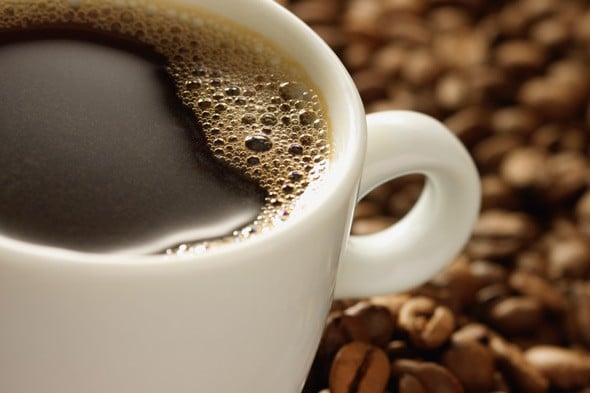 According to a newly released study, drinking four cups of coffee or more might end up killing you, but only if you are under 55 years of age.

The study, released in the journal Mayo Clinic Proceedings, tells how  excessive coffee consumption may adversely affect the body’s metabolism, outweighing some of the known health benefits.

The study conducted over a 16 year period, between 1979 and 1998, involving 43,727 individuals aged 20 to 87 went on to attribute 2500 deaths during this period. During this period the study went on to describe that a third of the recorded deaths were because of heart and artery disease.

The study also went on to note that participants who drank more coffee were also more likely to smoke (don’t I know it) and had less healthy hearts and lungs.

Went on to describe the report: ‘The risk of death from all causes rose by 56 per cent for men and women younger than 55 who drank more than 28 cups of coffee a week.’

Told researcher Steven Blair, of the University of South Carolina: ‘Significantly the results did not demonstrate any association between coffee consumption and all-cause mortality in older men and women.’

The study nevertheless is at odds with conventional wisdom that consuming coffee is beneficial in so far it can be a major dietary source of antioxidant, as well as in serving to reduce inflammation and boost brain function and previous studies which tell consuming caffeine will lead to one to living longer.

The study went on to point out that the adverse effects of coffee also includes stimulating the release of adrenaline, inhibiting insulin activity, increases in blood pressure, and raised levels of homocysteine, a harmful chemical linked to heart disease and dementia.

‘There continues to be considerable debate about the health effects of caffeine, and coffee specifically, with some reports suggesting toxicity and some even suggesting beneficial effects.’

The UK’s dailymail goes on to note that Dr Euan Paul, executive director of the British Coffee Association, telling that the study’s limitations may have skewed the findings.

“The use of a questionnaire can result in recall bias, with people struggling to remember how many cups of coffee they have consumed in the past week.”

Other factors such as smoking and poor fitness could partly explain the link with premature death.

And then there was this comment via the atlantic that made me wonder if the way the study went on to measure its results might have ultimately affected the outcome:

No, no, no. That is not what the study actually showed.

Firstly, the study’s conclusions are applied to ALL CAUSES of mortality, which, if you couldn’t discern, means that people who died from accidental deaths were included.

Secondly, when taking fitness and other risk factors (age, BMI, etc) into account, some groups of women fared better than those who didn’t drink coffee. That should be a red flag, that something is not right.

Thirdly, when you take into consideration other risk factors, there was no statistically significant increase in risk of early death, for men, who drank up to 28 cups / week; in fact, men who drink 15-28 cups / week had lower risks of early death than those who drank 1-14 cups / week. Again, more red flags.

Fifthly, 28 cups / week is NOT the magic number. Rather, it represents the study’s arbitrary upper cutoff range. It would be as if the SS actuary table were cut off at age 70, and, because deaths above 70 were all lumped together, people therefore concluded that the mortality rate above age 70 was 100%.

People in the media who took the initial reporting at face value, should be embarrassed.