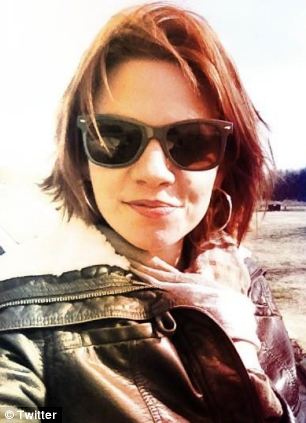 Oh really? Shea Allen is full of shit. Real reason why she got fired.

Shea Allen, a tv reporter for WAAY in Huntsville, Alabama, has gone on to be fired after she posted a revealing blog in which she has been able to accrue tell all features, including going bra-less on air and getting stories from people with a crush on her.

Told Shea Allen: ‘I’ve gone bra-less during a live broadcast and no one was the wiser.

‘My best sources are the ones who secretly have a crush on me.’

Interesting, what do you think kids? Would you get half as much attention as Shea if your nipples were erectly pointed into the abyss?

Shea Allen’s blog also went on to include the following below:

1. I’ve gone bra-less during a live broadcast and no one was the wiser.
2. My best sources are the ones who secretly have a crush on me.
3. I am better live when I have no script and no idea what I’m talking about.
4. I’ve mastered the ability to contort my body into a position that makes me appear much skinner in front of the camera than I actually am.
5. I hate the right side of my face.
6. I’m frightened of old people and I refuse to do stories involving them or the places they reside.
7. Happy, fluffy, rainbow stories about good things make me depressed.
8. I’ve taken naps in the news car.
9. If you ramble and I deem you unnecessary for my story, I’ll stop recording but let you think otherwise.
10. I’ve stolen mail and then put it back. (maybe)

Hours after she posted the blog, Shea’s bosses at WAAY – which is affiliated with ABC – ordered her ass to take shit down.

Which our hero did until she decided a few hours later to repost her blog, adding the interesting byline; ‘No apologies.’

Told our collective vixen: ‘This post was taken down because I was momentarily misguided about who I am and what I stand for,’ she explained in a newly-added disclaimer.

‘To clarify, I make no apologies for the following re-post. It’s funny, satirical and will likely offend some of the more conservative folks. But it isn’t fake and its a genuine look into my slightly twisted psyche.”

That will make all them news folk wince wont it Shea?

Added our vixen: ‘Sources trust me because I am an unadulterated version of the truth,’ she wrote. ‘I won’t ever bend just because its popular to do so and I’m not bending now.’

Nevertheless shit got nasty when Shea went on to tweet this morning that she ‘terminated without cause,‘ for the post and went on to thank her supporters for their kind words.

Interestingly WAAY has not yet responded to a request for comment.

The UK’s dailymail goes on to note that our collective vixen went on this past February to post a video of her speaking to camera, complaining about how she had been sent on a pointless job – and how she got paid very little for the privilege.

‘On a Friday, I wait for a live shot where I’m going to talk about nothing. I’m actually going to be live for a minute-and-a-half where I talk about the fact that nothing happened.

‘So for all you college kids out there who want to make a difference – who want to be Katie Couric – this isn’t Katie Couric, this is me sitting in my car waiting to do a story about nothing. And getting paid less than most McDonald’s managers.’