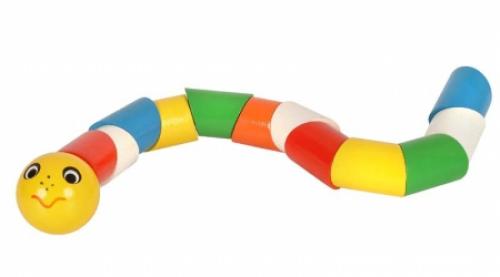 A 35-year-old Israeli man has had the misfortune of having his penis bitten by a snake whilst he was relieving himself on a toilet seat.

At the time of the incident, the unidentified man was rushed to the hospital where he went on to tell emergency workers that he noticed a strong burning sensation as he was using the toilet in his parents’ home in the norther Israeli town of Nofit. At that point, the man looked down and saw a snake in the toilet. He then “ran from the room in horror” to call paramedics.

“This is the first time I’ve seen a snake bite like this,” a paramedic said, according to Your Jewish News. “Luckily, all tests seem fine and the man is feeling well.”

The paramedic went on to say that the man was in good spirits and has since been able to joke about the incident.

The snake, which the man described as very small, wasn’t venomous, but doctors at the Rambam Medical Center in Haifa decided to keep the man hospitalized for further tests and observation.

“There will undoubtedly be bite marks on the area in question,” the hospital said. “The snake was not poisonous. The man is currently under observation pending additional test results and as soon as we get the results, he will be able to go home.”

Interestingly the UK’s dailymail goes on to note that it is ‘snake season’ currently in the Middle East and among the most dangerous yummy surprises are the black snake or desert cobra, the horned desert viper, the Palestinian viper which is the most common poisonous snake in Israel, the saw-scaled viper, or the false horned viper. No word yet how the snake found itself in the toilet.

Isn’t it time you paid more attention to what’s swimming at the bottom of your toilet bowl too?