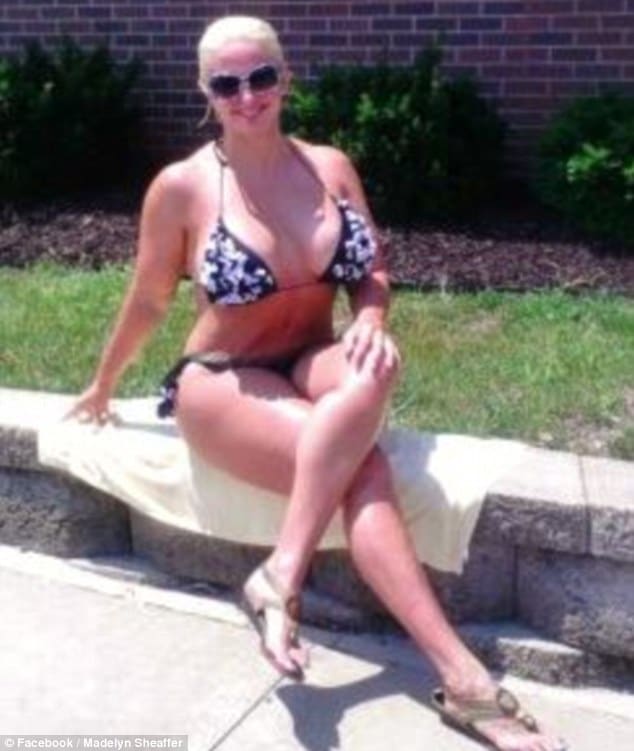 Madelyn Sheaffer, 43 has gone on to stir some controversy at one Independence, Missouri, Water Park when her ass was recently tossed out of the recreation center on account of allegations that her bikini was too damn small.

Madelyn Sheaffer for her part has countered the only reason the Adventure Oasis Water Park asked her to leave was on account of her fuller figure.

Nevertheless after getting into the pool, staff approached Madelyn and insisted that she put on shorts because her bottoms were too small.

Upon demanding to see the supervisor, she was told that if she did not cover up she would have to leave the park.

‘I just felt like I was singled out,’ Sheaffer told 41Action News. ‘I felt like it was both age and body discrimination and I felt like I could look around me and I could see a handful of other girls half my age, wearing the same size swimming suit and not being singled out and told to put on clothes or leave.’

When our heroine asked the supervisor to call the police so she could file a complaint, officers arrived and escorted her off the premises. I know isn’t life brutal kids?

Madelyn Sheaffer would go on to write about the incident on her Facebook page, and claimed that officers sympathized with her.

‘Fifteen minutes later the police did arrive and said that while they did not agree, they had to do their job,’ she wrote.

‘”We can’t actually say anything”, they said as we walked outside, “but I hope from the expressions on our face you can tell how we feel”. They were compassionate. They too, thought it was ridiculous.’

Sheaffer added to her post on Facebook: ‘This was not a thong. It was a standard, summertime, two piece, string bikini. The same as everyone else, who felt confident enough in their body to wear one.

‘I am a 43-year-old woman who did not have the confidence, or the body, to put on a bikini until was [sic] 40 years old. I will not be discriminated against because I look too good in one.’

Officials at the Adventure Oasis Water Park had no comment about the incident. Can anyone guess why?

Incidentally since this story out Madelyn has gone on to mention on her facebook page the following: Honored to say I have received 177 friend requests as a result of my news story yesterday. Not accepting them, but I appreciate the support!

Absolutely absurd. Of course this is discrimination! This woman was singled out by individuals who felt she should be ashamed, that she was exposing too much of her flesh. She’s covered up in a manner that is generally accepted at sociologically “normal”. That other people in charge would attempt to shame her like this is ridiculous. Shame on Adventure Oasis. Although I’ve never been, I’m sure there are many bathing suits that would be considered “too much” by many. Maybe I’ll come down with a speedo, see if that’s acceptable. That’s the standard male suit in the vast majority of the world. 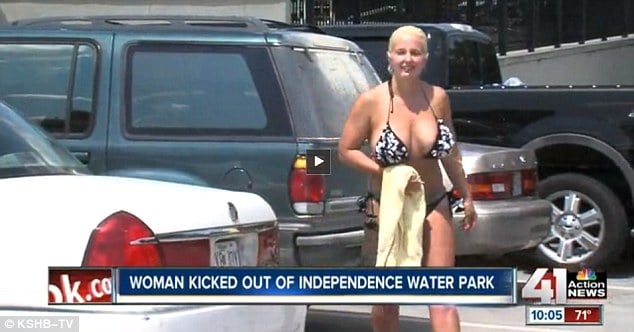