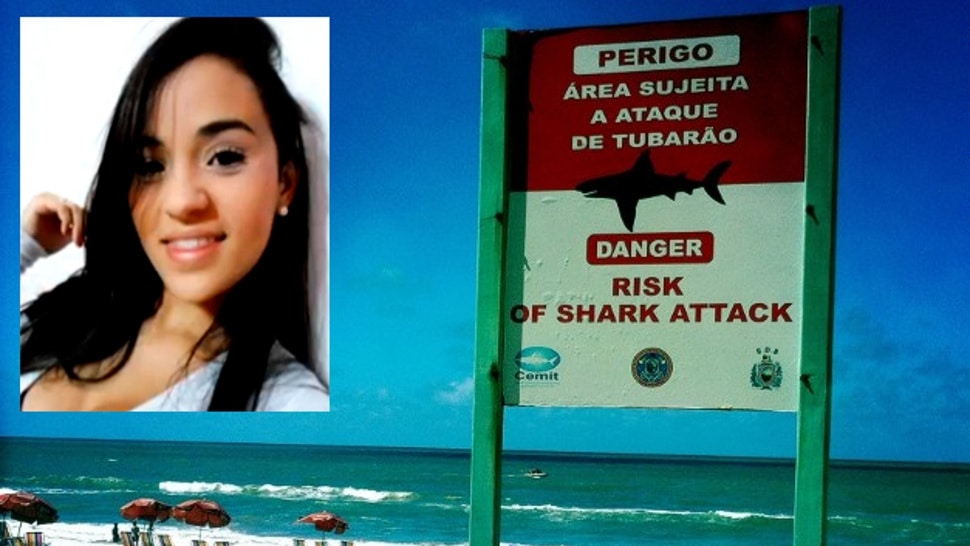 Local media in Brazil have gone on to report that a drowning teen, Bruna Gobbi was mere moments away from being rescued when a shark appeared out of nowhere and bit off a chunk of her leg.

At the time the 18 year old teenager of Sao Paulo, was swimming with a cousin near Boa Viagem beach off the coast of Recife in northeastern Brazil, when the two suddenly began to drown.

After waiting  for lifeguards to arrive at the scene, Bruna and her cousin Daniele Gobbi were seconds away from being rescued when a shark suddenly attacked Bruna and tore into her left leg.

Although rescuers were able to bring Bruna back to shore alive, the injury she sustained was so severe that she would end up dying during amputation surgery later that day.

“‘The rescuers came in a matter of five minutes, but to us it felt like five years.”

We knew there were risks of an attack, but I didn’t think that it would happen in the shallow (water), but in the deep,” Daniele told Globo TV.

Fifty-seven people have been victims of shark attacks since the state of Pernambuco began keeping track in 1992.

A government official said they believed Bruna was attacked by a bull shark.

Local authorities have petitioned the government in the past to declare an outright ban on swimming in areas known to be inhabited by sharks.

Not that tourists are necessarily willing to listen…

above image via gawker

And then there was this reflection on the web too:

So why are shark attacks happening more often ? The answer is simple – Humans are slowly eradicating their natural hunting grounds in deep water by over-fishing. Also the climate of the planet is changing due to mans interference. Hence sharks are coming into contact with humans more often as their search for food widens. Would you wander around in a Lions natural habitat, no. So why do it in a Sharks?