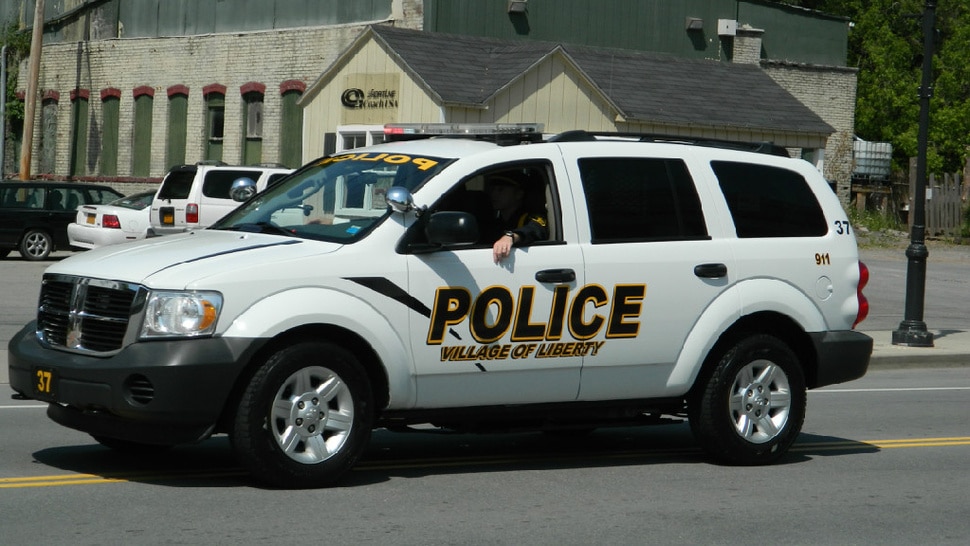 Here’s an interesting case that will make you think about the nature of free speech and how much liberty entities and institutions actually have in going after an individual whose thoughts or comments it disagrees with. Something that common sense would tell you ought not be an offence in the first place save if it is derogatory, slanders or threatens. Now that I have given you that teaser, let’s go meet William Barboza, the individual at the center of a very interesting mess that ought to interest you if you care about freedom of speech, expression and things like that, especially if you reckon you live in a free society. How free we will all find out.

According to jalopnik the mess began something like this: Last year, Willian Barboza was caught speeding in the Village of Liberty in upstate New York, but he ended up arrested after he mailed in his fine with a note reading, “Fuck your shitty town, bitches.” Now the case is developing into a First Amendment lawsuit.1P

The Capitol Confidential reports that the 22-year-old was ticketed back in May 2012, and Barboza pleaded guilty, mailing in his fine with a note. Barboza crossed out the town’s name ‘Liberty’ and wrote in ‘Tyranny’ instead, then cussed out the people who ticketed him.2P

The county government replied to Barboza’s message telling him they rejected his payment, and that he would be ordered to appear in court in Liberty, two hours from his home in Connecticut.P

When Barboza showed up, the judge lectured him about using foul language, and then had him arrested for “aggravated harassment.” The New York Times reports that they handcuffed him in the courtroom, booked him, fingerprinted him, and held him for four or five hours before he posted a $200 bail.3P

Fun stuff as you can see. Some immediate questions that come to mind is why did the judge feel the need to lecture William Barboza? After all he had offered to pay the fine and had simply voiced his displeasure at receiving his punishment. Agreeably not the most pleasant expression of displeasure, but there you have it, take it or leave it. Well of course the town did not leave it…

Several months later, another judge dropped the charges. Now, though, the NYCLU is suing on behalf of Barboza in federal court for damages, as well as to have the statute that allowed Barboza’s arrest struck from the books.P

The statute of “aggravated harassment” states that it is a misdemeanor to act “with intent to harass, annoy, threaten or alarm” someone “anonymously or otherwise, by telephone, be telegraph, or by mail, or by transmitting or delivering any other form of written communication, in a manner likely to cause annoyance or alarm.”P

The NYCLU thinks this is unconstitutional. The lead council on the case said in a statement, “Not liking someone’s speech isn’t a reason to arrest them. You cannot be arrested and prosecuted for writing a note of displeasure on a traffic ticket. As long as you are not threatening anyone, public officials have to put up with offensive language.”

above photo via Village of Liberty 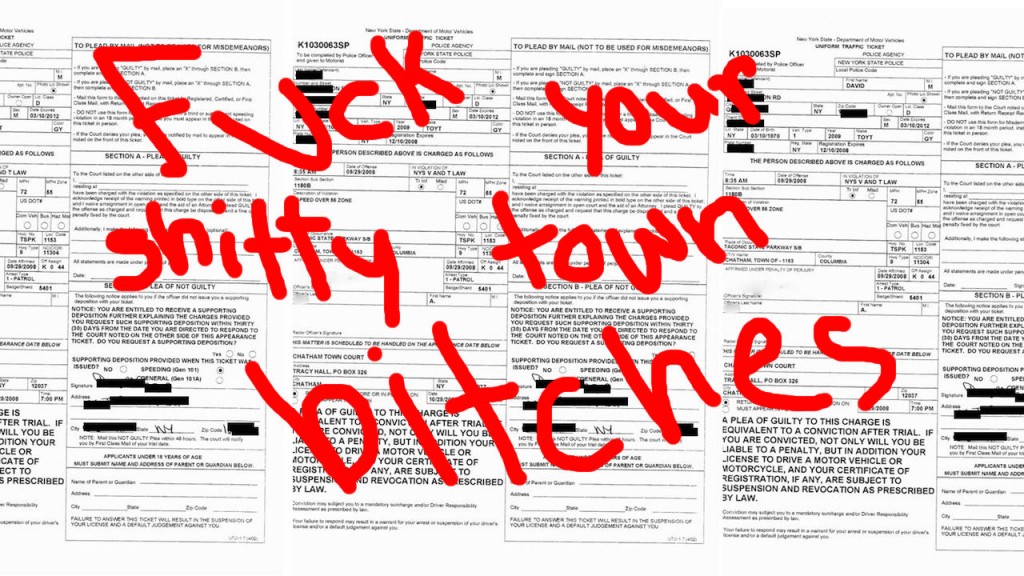