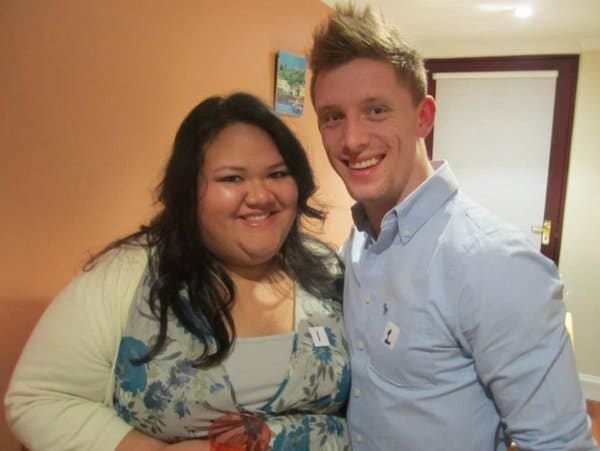 Beauty blogger Gloria Shuri Nava has gone on to recently pen a blog post where she examines the rampant hostility against her all because she gets to date a tall, lean muscular man whilst she on the other hand is admittedly short, overweight and to put it politely perhaps not most people’s first choice on a tabloid cover.

Nevertheless in a stirring essay, Nava goes on to challenge society’s precepts which implicitly mandates that the idea couple is one where both partners are equally thin, tall, fit and socially deemed beautiful.

Writes the 25 year old: ‘When people say things out loud, their comments range from cruel (“Is he blind?” “He’s only with you to get a green card”) to awkward quips such as, “It’s great he can see past your looks,” or “He’s so nice for being with you.”

Now and then, even people close to me made unkind remarks. Once, when I confided to a friend, “I can’t believe he likes me!” he answered, “Yeah, I know!”

Nevertheless some of Nava’s worst comments have come from her own fans. Miss Nava’s YouTube channel, Glowpinkstah, where she reviews beauty products and shares details about her life, has more than 250,000 subscribers.

‘While most are supportive, there are a fair num

Nava goes on to describe that she met Ali, her 22 year old boyfriend online after he saw one of  her Miss videos back in 2009. 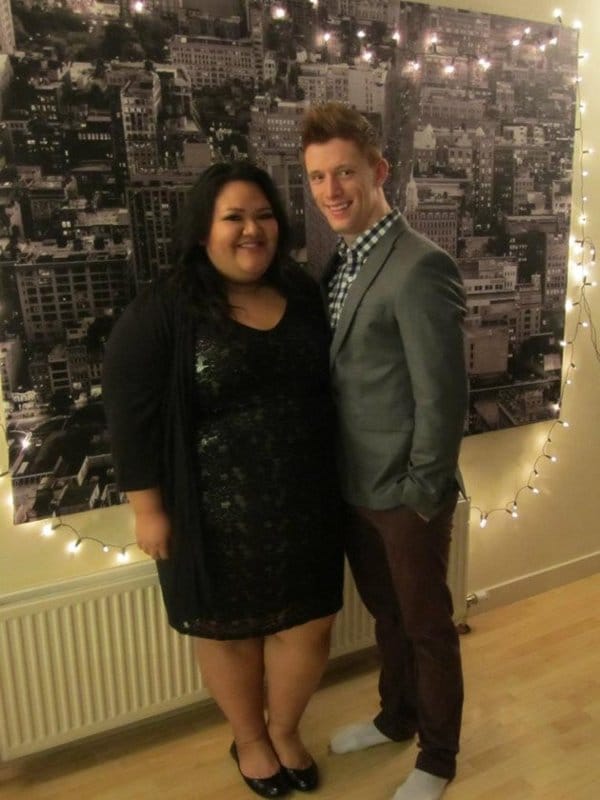 From there they began instant messaging, and for two-and-a-half years, spent hours talking online, developing a close bond from thousands of miles away, she in California and he in Scotland where he studied whereby they each knew exactly what the other looked like.

‘I knew he was into big girls,‘ Miss Nava admits. ‘His exes were chubby.

‘Some think it’s weird, but it’s like having a thing for blondes: It’s just a preference.’

Finally in December 2011, having still not met in person, the pair admitted their feelings for each other and five months later Ali flew to California to meet Miss Nava, and her family, for the first time.

Since then Nava goes on to tell that she has lost 40lbs and plans to lose another 40 pounds, whilst waxing giddy feelings of how supportive Ali has been towards her.

Thanks to her boyfriend’s support, Miss Nava has launched The Beauty Adjustment, which focuses on the message that ‘there is no one “normal” way to look or love.’

‘Beauty and relationships come in all shapes and sides: brown, yellow, short, tall, thin, fat – and one partner doesn’t have to mirror the other. Love is love. That’s a lesson that Ali taught me, and now I want to teach it to the rest of the world.’

A positive message that may resonate if one doesn’t mind putting away cultural stereotypes for what necessarily passes as healthy, correct and what or who can make one feel beautiful and good about themselves. 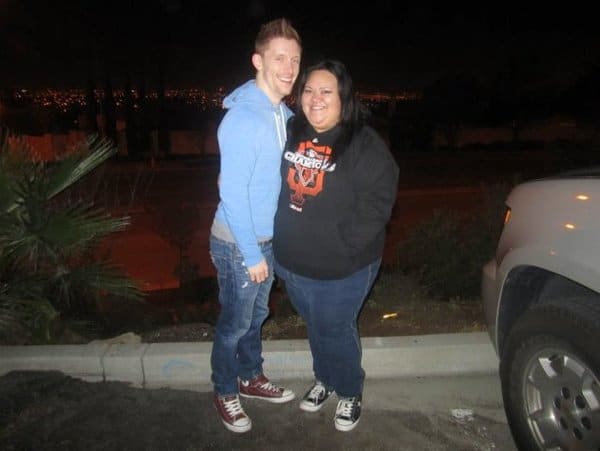