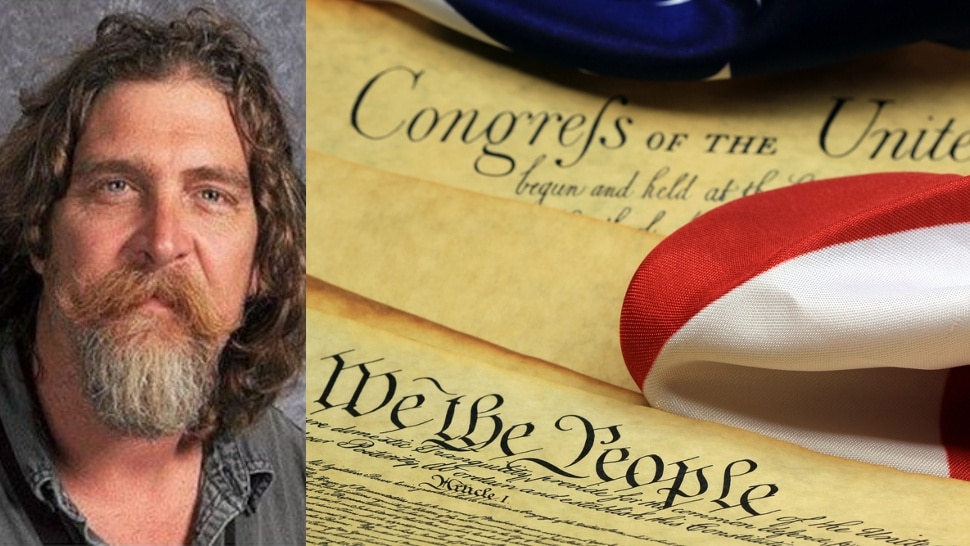 A social studies teacher from Illinois, John Dryden of Batavia High school is facing disciplinary action which includes dismissal after having recently told students that his students of their constitutional right to skip self-incriminating questions on a drug and alcohol use survey administered by the school.

Gawker goes on to tell that John Dryden says he became aware of the questions while reviewing the survey before class, and, upon noticing that the form was not anonymous, decided to take advantage of the teachable moment to refresh his students on the Fifth Amendment, which grants US citizens the right not to incriminate themselves.

Reason goes on to tell Dryden, who had just finished teaching a unit on the Bill of Rights, worried that students might feel obliged to incriminate themselves—an especially ticklish situation given the police officer stationed at the school. Since there was no time to confer with administrators, he says, he decided to tell his students that they did not have to complete the forms if doing so involved admitting illegal behavior.

Told John Dryden: “I have asked people to talk about the survey. I think I am a sideshow. This [survey] was rushed and it wasn’t vetted. I’m not a martyr. I’m trying to refocus people’s attentions. Calm down.”

Dryden has gone on to say that he doesn’t want the issue to be seen as him vs. the administrators. He said he knows they were acting in what they thought was the best interests of the students.

“These are good, professional, smart people on the other side who want to do what is right by kids,” he said.

He would rather focus the discussion on the survey.

“I have asked people (the supporters) to talk about the survey. I think I am a sideshow,” he said. “This (the survey) was rushed and it wasn’t vetted.”

“I’m not a martyr,” he said. “I’m trying to refocus people’s attentions. Calm down.”

At present it is understood that the school board is currently meeting to consider whether and how to punish Dryden for taking advantage of this teachable moment.

Dryden’s supporters are collecting signatures on a petition asking the board to refrain from disciplining him. To date the petition has garnered 5000 signatures.

Told commentators on the web which caught made me think:

What an utter waste of time. As IF kids are going to answer honestly to questions which are basically asking them to admit to illegal activity. Or was it just a ploy to catch the stupid ones? Sheesh.

I hate surveys which act on the guise that they’re trying to ‘help’ people. Bullshit. Given the strange and spurious reasons for which kids are kicked out of school these days [I’m looking at you, science experiment worriers] I wouldn’t trust the survey takers as far as I could throw them.

IMO this guy did a great thing, but I would assume that most of the students in the school took the survey. Having an admission to drug use, in writing, could definitely come back to haunt you, regardless of what the school uses it for. The school should be sued for giving this survey to the students if they did not specify what the questions would be, and/or not specifying that the survey would not be anonymous. I also find it strange that you are required to take the survey unless you get a signature from a parent, in order to opt-out. You should need a signature to opt-in, and it shouldn’t be mandatory.

Most importantly, there should be explicit laws prohibiting schools from doing this. A young student doesn’t know his rights, nor does he know the consequences of these admissions.