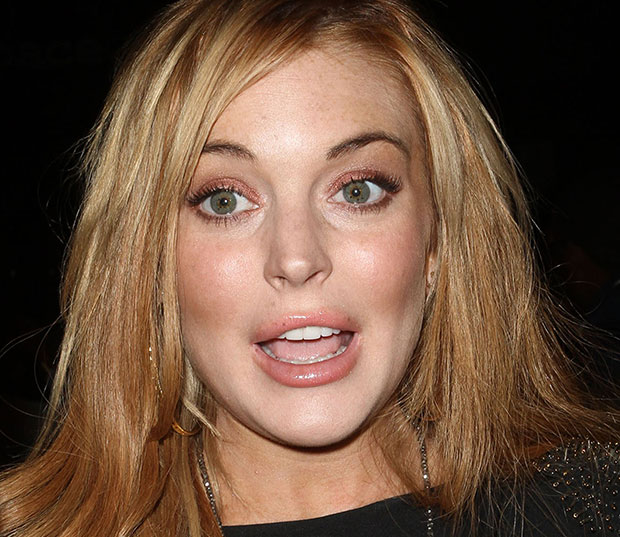 Whilst the world attempts to sort out its own existential dilemmas and world issues another solitary figure by the ubiquitous name of Lindsay Lohan is digesting her imminent fate as she struggles to come to terms with the demands the Californian court system has imposed upon her.

Remanded by the courts to commit to a 90 day lockdown rehab facility our collective hero had appeared by yesterday morning to finally acquiesce to the court’s demands. Yet that all changed when the actress had second thoughts and took to a shopping expedition at a local electronic store in Newport Beach, California instead of turning up pronto to Morningside Recovery  Clinic where at the last minute she had chosen to commit herself to after initially indicating that she’d take her stay at NY’s Seafield clinic.

All this whilst her lawyer Mark Heller was pleading her case to Judge Dabney that this time bixch would simply do as she was told.

By late afternoon Lindsay Lohan had yet to set foot on the compound as she rolled up in a SUV purportedly ready to begin her homage to self redemption. Yet at the last minute the actress inexplicably refused to get out of the vehicle as the hungry paparazzi looked on in disbelief.

What followed next could only be best described as its own best action thriller starring Lindsay Lohan in her own ready to go ‘drama tabloid escapade.’

With prosecutors now vexed by the sudden relay of information that Lilo had yet set foot in the compound her lawyer Mark Heller had advocated (never mind the issue that it had its licence revoked last year) threats of a warrant for her arrest were telegraphed to her father Michael Lohan who then took to desperately calling his little girl as she drove off to an uncertained new location. Yes the metaphor is too brilliant.

By now informed her ass was in imminent jeopardy of being arrested, Lilo expressed frustration as she communicated to daddy that that shit was unfair as she considered flying back to NYC. Yes cops would be waiting for her on the other side to bring her in if she got on that flight and suddenly we had an action packed thriller on our hands.

She said, “Daddy, how can they arrest me?” I got her just before she left.”

Desperate to resolve matters, and the time clock desperately clicking away, Lilo’s camp began fielding queries as to what to do with her ass as the threat of incarceration for breaking the terms of her plea deal loomed.

With tmz now reporting that Lilo has once again secured the services of her former lawyer Shawn Holley (bye bye Mark Heller) it is believed that Lilo is hoping that Holley can plead her case today in court as to why she never set foot at the clinic of her choice. Yet at present no one still knows where Lindsay Lohan is, whether she will actually turn up to where she is suppose to be come this sunrise or whether there will be a massive man hunt for her ass come 6am California time as the prosecution has indicated.

Why bother being a failed actress when you can be a heart throb tabloid actress on the run for the whole world?

And then there were these thoughts across the web that made me wonder as well:

Has America gone mad altogether, how many times does this little upstart get to defy the courts before they actually put her in jail. I don’t know if Americans realise it but it looks ridiculous from the outside looking in! She’s after breaking the law i don’t know how many times but keeps getting off with a slap on the wrist. Showing up to court looking like Lady GA Ga after a lost weekend in a Columbian marijuana crop!! Putting on performances that Liz Taylor would be proud of, then catching the next limo to the nearest nightclub or jewellery store……put it this way if she was a waitress or a dental nurse she would have been in jail and sorted a looooooooooong time ago! Ridiculous Celebrity culture poisoning our young kids who think this is real life!!!

Weird article. She checked in, she didnt get out of the car, Morningside only allowed to provide a sober living facility, Morningside does in fact have a licence to provide drug & alcohol treatment, the lawyer will make sure [Lindsay] stays in therapy, the lawyer was in court telling a judge that she had entered the facility at 8.45am. Seems to me the lawyer is incompetent hanger on, Lindsay & lawyer knew there was no smoking and just pulled a fast one at the last moment and why not??? She never pays for what she does, she has learnt the system well. 270 outfits?????? Daytime movie please.