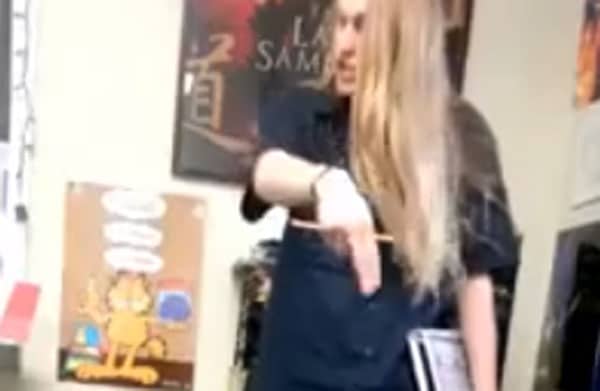 By now you have undoubtedly watched the video of the Jeff Bliss, the teenager from Duncanville Texas, whose classroom rant quickly went viral after being posted a few days ago; and has since been the topic of a rather lively discussion on the nature of education, teenagers, and how that loud-mouthed kid might actually have a point.

If you are among the few people who do not follow the internet trends as if it were the spoken word of Christ himself, then I would encourage you to break from tradition and watch the Youtube video so that you will have a working knowledge of this topic. Go ahead, I’ll wait…

Did you do that? Great! I’m assuming your reaction will be varied depending on your position in this world. If you are one of the countless, faceless zombie-students that roam this planet, then you are probably skipping about happily and rejoicing in the fact that somebody finally told a paper-pushing teacher what for. If you are a parent of the previously mentioned zombies then you might be wondering if your children are actually learning anything when you ship them off for the school day; because, hell, that noisy runt really did have some good points.

So if we are going to listen to Jeffery Bliss, and not be distracted by his long flowing locks, then it begs the question: is the education system really as apathetic as Mr. Bliss claims? Have we created a rinse, recycle, repeat system of education that shuffles uninspired students along without any consideration?

Well, these are interesting questions. And we have been beating it like a dead horse for decades now. The general consensus is yes, students don’t seem to be all that bright. According to the National Assessment of Educational Progress, an organization that prides itself on being “The Nations Report Cards”, the general trends of reading and mathematics comprehension among teenagers has been stagnant since the late 70’s.

This is strange, because the same national survey found that the general abilities of 9 year olds have been steadily increasing over the past few decades. The report shows that 9 year olds have increased on average about 20 points in the areas of mathematics and reading abilities. Logic would argue that an increase in comprehension as children should lead to improved scores as teenager.

Well, that’s not the case. Maybe it is all the hormones or the rebellious nature that those damn teenagers just can’t shake; but for whatever reasons, as soon as student hit high school there test scores drop faster than a cheerleader on prom night.

The consensus seems to be that teenagers are uninspired and unmotivated about their education. It’s like our good buddy Jeff tells us “If you want them to get inspired, you got to make them inspired!” Well said, sir. Slap that on a T shirt, I’m sold.

After all, if there is anybody who knows about being uninspired, it’s Jeff Bliss. Jeff is 18 years old. However he only has a sophomore status with the high school. That is because this guy dropped out school for a year only to return as an 18 year old surrounded by pimpled 15 year olds, who are stoked about getting a driver’s license.

Still, I am going to sympathize with Jeff on this one. There are some serious flaws with the education system. I was a student; I can remember the overwhelming piles of worksheets, handouts, busy work in general. I recall the overwhelming who-gives-a-shit attitude that possessed me every time I prepped for a standardized test.