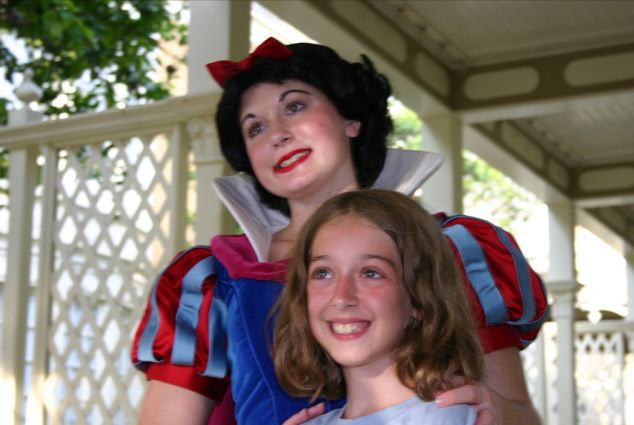 Courtesy of reddit, a former Disneyland Princess has come out to discuss the rigors of her role as an ambassador of the make believe.

Forced to having to look the part, remember scenes and always stay in character a former Snow White actress reflects on the real world realities of having to keep up with fable pretences.

According to reddit user doublenn, becoming a Disney princess requires a long and drawn out audition process.

First the girls are checked to see which character they could potentially look like, then follow several other tests including dancing, acting in character and an interview.

And there’s this too:

Age is another important factor. Most girls are between 18 and 23, some last until they are 27, but it is almost unheard off for a princess or fairy to be played by someone over 27.

And for those wondering how lucrative this can all be there’s this too:

Doublenn also revealed that being a face character isn’t a lucrative career and during her time as Snow White she started on $13.50 an hour which increased to $16.

Then there are the following hazards as well:

….rules include not being allowed to sit down while working, always smiling, always doing the character’s voice.

Doublenn revealed that as a result of straining her voice to sound more like Snow White over several years she developed inoperable vocal nodes.

However she also says she enjoyed her time at Disney and made some long lasting friends with the other princesses (god forbid!)

Isn’t it time you also became a make believe princess too? Assuming you can stand the illusion of having to play everyone’s wet dream no matter what…except perhaps your own?