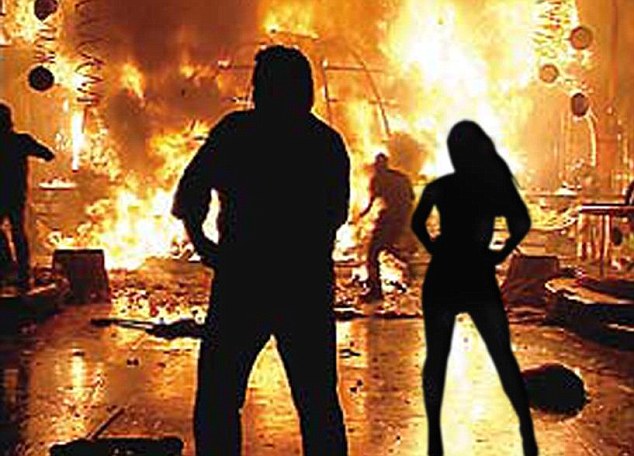 If there is one thing that model/actress whatever Nana Gouvêa will always strive to attain it’s her looking appropriately photogenic no matter what the occasion at hand. Which perhaps may explain the photo shoot courtesy of her and her husband who couldn’t resist sharing herself in all her splendor post Hurricane Sandy with all it’s beautiful destroyed back drop.

Reiterates gawker tumblr: The resulting photoshoot quickly went viral, with many questioning the tastefulness of a disasterporn photospread. (Gouvêa also became a meme, as images of her posing were quickly Photoshopped against backdrops of other tragedies.)

Personally I think the shoot came out quite smashing but in keeping to true form Nana could have at least stripped down to her bikini or something to keep us mere mortals properly enthusiazed….

That said the shoot hasn’t gone down too well with a variety of readers lambasting our new hero Nana who feel her latest shoot (with clothes on mind you) was done in poor taste.

Notable reactions include the following below. Personally Nana will always be my hero no matter what disaster she chooses to use as a backdrop in her dizzy ascent as our newest member of preferred hawt bixch.

Wrote one commentator on Nana’s facebook wall: “Just goes to show you, stupid comes in all shapes, sizes, colours and walks of life. In this case, stupid is beautiful.”

Another commenter offered the following : “How could you be so heartless and disrespectful. There are people homeless, no power, sewage leaking into their homes.

“Wouldn’t you think volunteering your time or money to the relief fund would result in better PR? Yeah, the broken branches and busted up cars with people picking up their lives behind you is REAL sexy.”

WOW!! she is horrific…. Stupid girl.. Go get a job where you might actually be good at it!

not as stupid as the people who were outside during the hurricane filming it on their mobile phones.

What is she modelling? Tree trunks in stockings? Might catch on…