And we’re off! New York Fashion Week, known to some as the most grueling, others the most exciting and others still as the most obnoxious time of the year. For this particular author, it’s a little bit of all of the above. So I’m both relieved and disappointed to be heading out of the country on Saturday. On the one hand, I’ll sleep and eat better on a plane than I would amidst the Lincoln Center chaos. On the other, it gives me only two and a half days to unleash my otherwise contained inner 8th grader. At 14, the height of fashion for me was to cover my head with metal butterfly barrettes, which created the effect of a shiny, flapping swim cap. With it I wore a lime green linen trench coat and velvet pants. Fashion Week is the only time I give free rein to those budding eccentricities.

Today, for example, my outfit included, but was not limited to, stripes, snakeskin, satin and a silk screened image of Kate Moss flipping the bird. Less than subtle, to be sure.

So, Kaelen’s Spring Presentation did not, in the words of another less-than-subtle fashionista, fill me with feelings of unmixed delight. Not to say it wasn’t gorgeous. Just subtle. The enveloping black of The Box was the perfect setting for highlighting the colors- neutral, save for a few pops of muted neon yellow. The two prints were described in the program as “stripe print” and nude or graphite “rock print” and both were evocative of soothing natural settings. 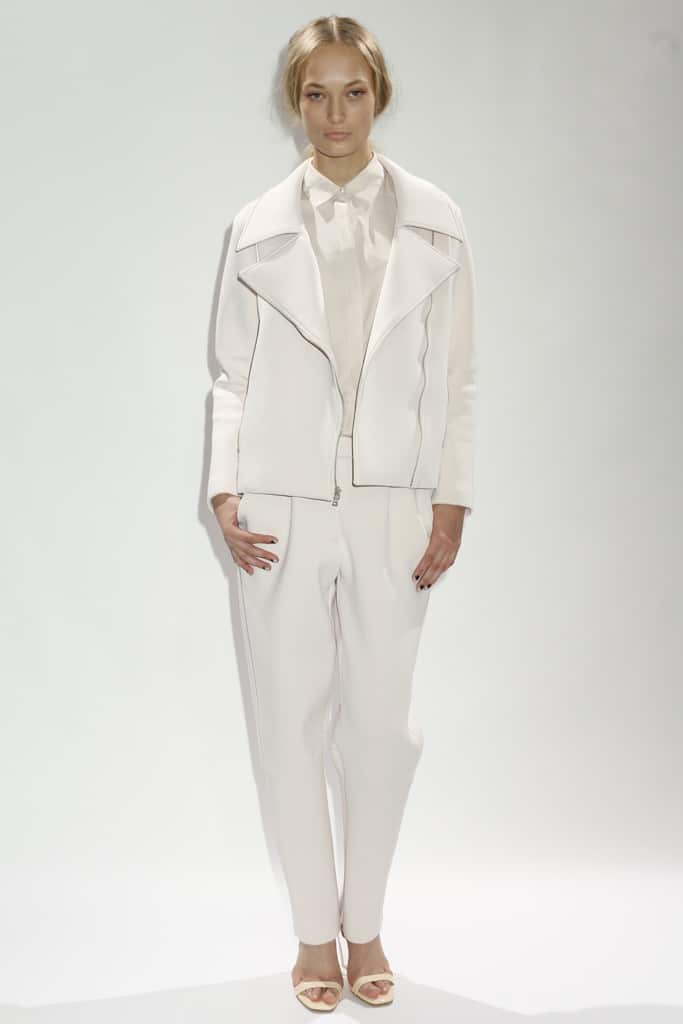 The hair and makeup were evocative of modern day Audrey Hepburn and Grace Kelly’s, very effortless, natural and vaguely European. The silhouettes were too, and Kaelen cemented peplum’s status as more than a passing trend, hippy girls be damned.

Kaelen is the brainchild of Kaelen Haworth, who launched the brand in 2010. She had previously worked at Jenni Kaye and Stella McCartney, and the latter designer’s influence is clear, especially in earlier collections. That said, Haworth has a strong and distinct aesthetic voice and her clothes, although clean-cut, classic and, yes, subtle, offer the wearer a sense of individuality.

The mesh sleeves and cutouts, for example, made several appearances and they added just the right amount of edge to save the collection from being too comfy and sleepy. The jersey and oversize tees were further undercut by the heavily featured neoprene and silk.

I predict that many of the pieces from this collection will become closet staples for the rich and/or fabulous. One striped silk romper in particular garnered praise from every shiny haired girl that passed by, including the author. Naturally, I would pair it with red heels, an enormous scarf and a plethora of anything but subtle touches. 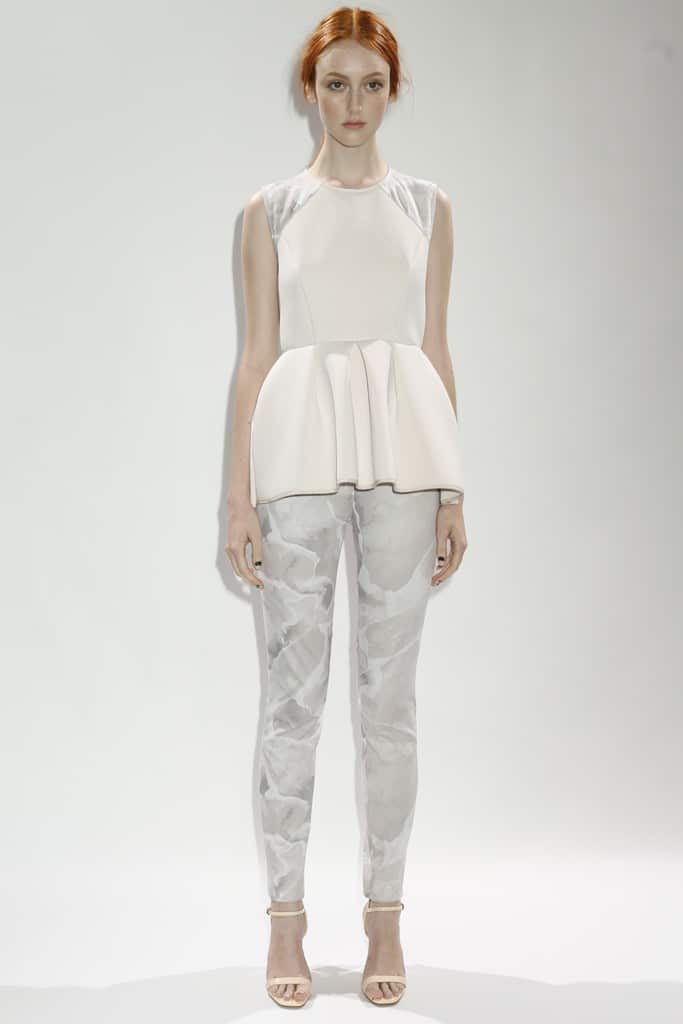 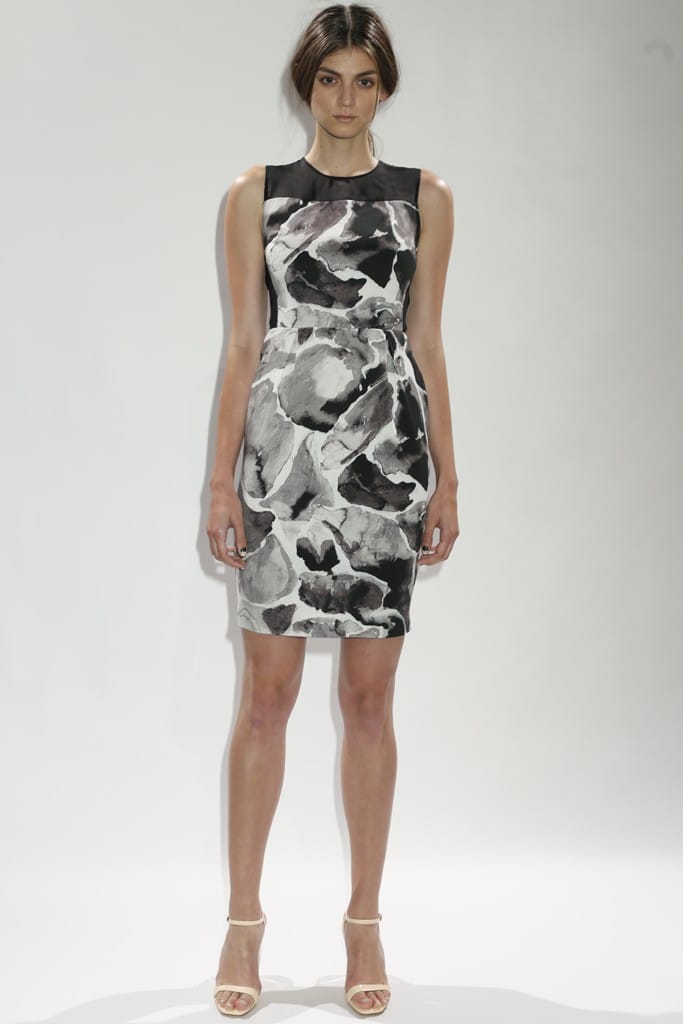 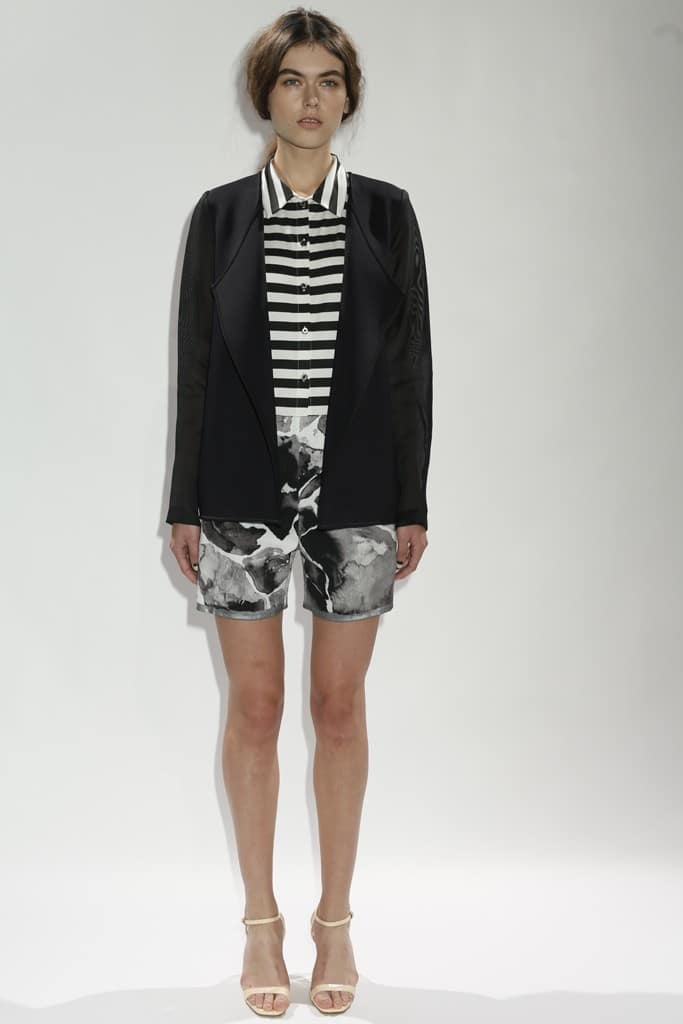 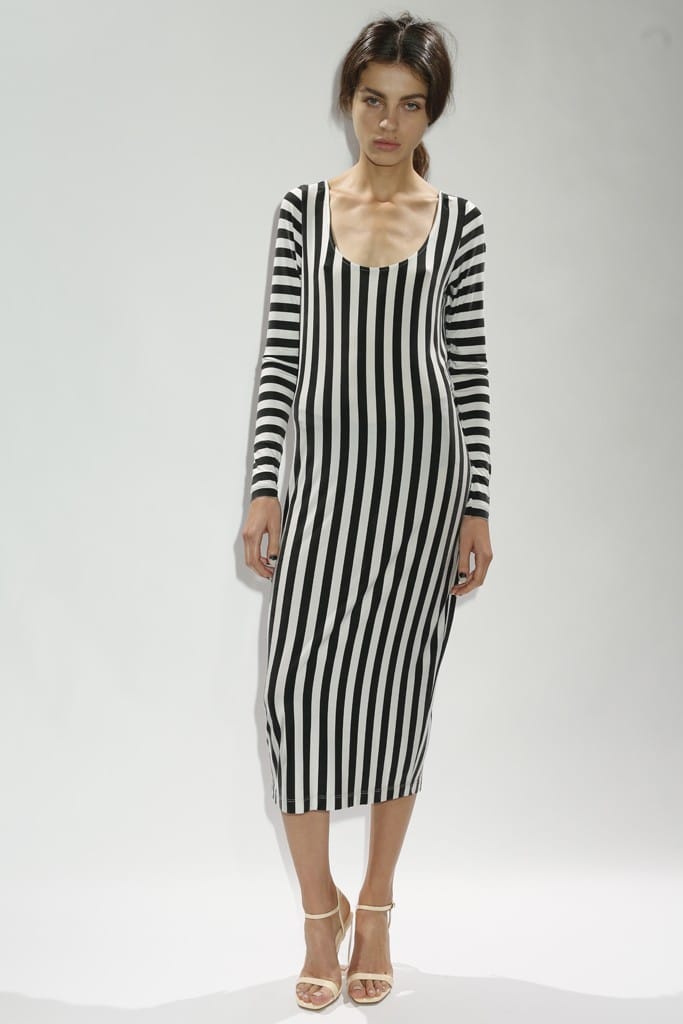 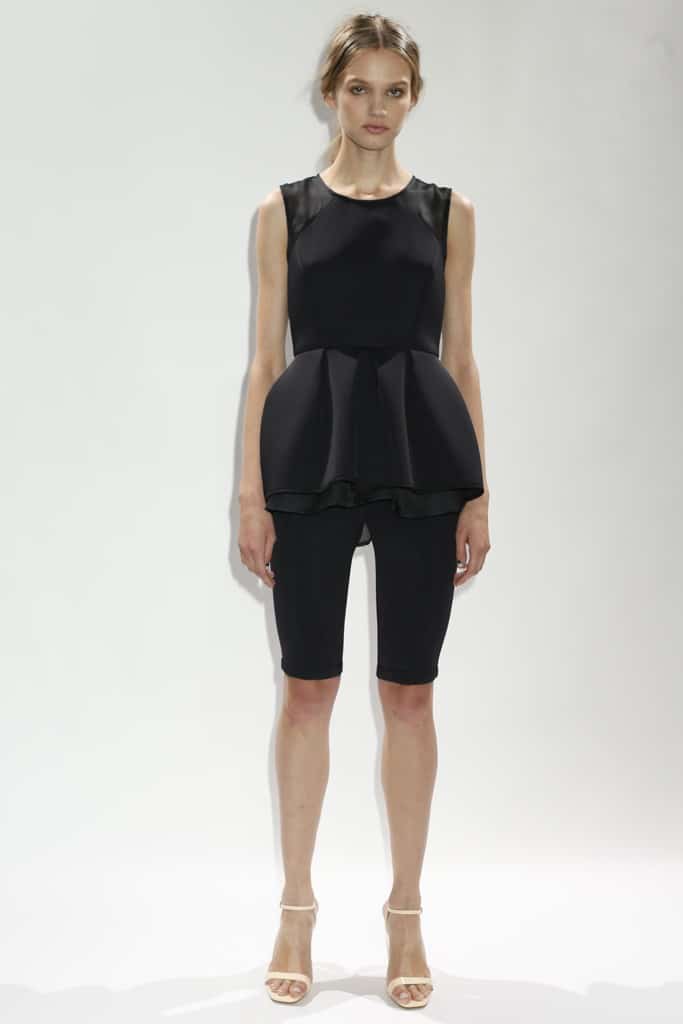