Macaulay Culkin’s camp insist that he is not addicted to heroin. Said to have a $6000 a month habit.

A new report courtesy of radaronline via the National Enquirer paints a disparaging tale of a talented actor deep in the throes of drug addiction. Heroin and oxycodone addiction to be exact…

radaronline: The 31-year-old actor has allegedly been seen by several eyewitnesses using a deadly mix of potent pre­scription drugs and unless he gets help, they say his secret addiction will kill him!

According to a blockbuster new report in the National Enquirer, the Home Alone star regularly shoots up heroin and the powerful prescription painkiller oxycodone and nearly overdosed once.

Hmm, that can’t be too good of a situation assuming all of the above is correct. Then again being addicted to heroin is never for the feint of heart and as much as the allure is to blame the drug itself, the symptoms behind the addiction almost always lie with psychological torment.

Denying the assertions that Culkin is deep in a heroin binge, his lawyers have gone out of their way to cast aspersions that the actor is addicted, then again it might be wiser at this point to wise up and admit that there is a problem (the above and below pictures don’t look too promising). Then again this is the film industry where it is best to deny everything even if you’re walking down the street with what looks like a half empty syringe hanging out of your inside elbow. Deny deny deny. 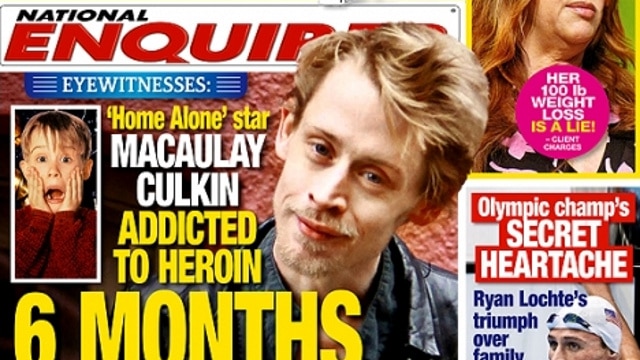 According to the Enquirer, Culkin spends up to $6,000 a month on other dangerous painkillers, and has turned his Manhattan apartment into his own private drug den where he gets high during hours alone or with his close circle of whacked-out pals.

The once golden boy’s drug use intensified about 18 months ago, say the insiders, when he fell into a downward spiral over his dead-end career and a shattered romance with Hollywood hottie Mila Kunis, who’s now dating Ashton Kutcher.

Dead end career, shattered romance? I’m willing to bet that shit ties in somewhere with psychological trauma, unless of course smacking heroin is the new down chill vibe that one invests in when inspired in between refreshing cups of chamomile tea. 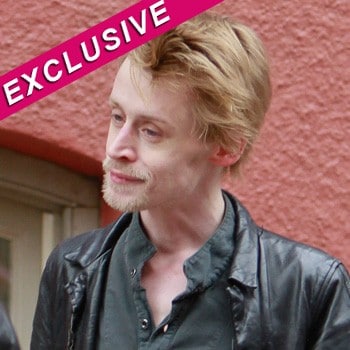 “Macaulay Culkin is surely dying. He’s addicted to heroin, oxyco done, Percocet and Vicodin. I have witnessed his drug taking, which has escalated over the past year and a half to the point where he needs serious help.

“His closest friends fear that he’ll overdose or his heart will explode. If he doesn’t get help and enter rehab now, he could be dead in six months.”

Let’s hope Culkin does get the addressing he really needs assuming he really is on the bad shit. Then again like most addictions, getting out of a funk is a personal decision that generally only one can ever make for themselves when they are ready, never mind if we his fans are ready for him….

Here’s a trailer I dug up of Culkin playing a drug addict/dealer in the movie Party Monster. You have to wonder if this is a situation of reality closely following art as well….?