Yesterday, May 1st saw the resumption of Occupation Wall street protests, a movement that began last autumn whose principal concerns included the inequity between that of the top 1% and the 99% of society. At first the movement began as a fledging one with disparate aims (human rights issues, education debts and war with Afghanistan were thrown in the mix courtesy of a burgeoning disillusioned group of people, principally students, low to mid level white collar workers, some artists as well as the unemployed) before morphing into a national obsession as daily images of police brutality and risque behavior by protests across the nation caught the imagination of viewers across.

At the time the movement sought to define itself outside of any political dogma or affiliation with other progressive strands or any particular personalities, something which may have caused some degree of inertia amongst the public and media at large who were at the time keen to define it and mostly vilify it as anti social behavior at the behest of ‘lazy good for nothing types who simply refused to get a job.’ The fact that few ‘good’ jobs were to be had may have been the impetus in the first place for the protests.

The protests eventually came to a cessation as Mayor Bloomberg was able to coerce protesters off Zuccotti Park, in downtown Manhattan with the help of some troubling court intervention as winter approached. At the time it wasn’t known whether Mr Bloomberg had been able to quash the movement but at the very least he must have received a hearty pat on the back courtesy of various entrenched interests who by now were wearily watching the protests gather momentum to the embarrassment of various media entities who were more often than not desperately busy to portray protesters as hooligans most chances they received. Then again who ever said media in the epoch of Kim Kardashian was all about responsible and thoughtful reporting…?

With the protesters once again flocking downtown NY (reports have quoted as many as an underwhelming 30 000 protesters) in a bid to once again bring attention rising episodes of lack of social mobility, the entrenched disparity between those at the top of the food chain and those brought in on casual part time basis with no health care to serve it  (many CEO’s of such franchises once took home a pay in the ratio of 75 to 1 they now take a conservative 475:1) and the general stifling of progressive discussion aimed at raising awareness and seeking solution to many of society’s inequities, the general feeling according to most press outlets was that the protests were somewhat subdued.

Offered the uk’s guardian: The stated aim of bringing business in the commercial capital of the US to a standstill went unfulfilled, but as rain gave way to a bright spring afternoon, traffic ground to a halt in lower Manhattan as the Occupy movement‘s most anticipated day of action in months took hold.

There were some clashes with police as officers clamped down on perceived violations, and the NYPD said they had made 30 arrests by the early evening. There were also flashpoints at protests in other cities.

The dailymail.co.uk on the other hand offered a more virulent recording of events:

In anticipation of the strike, the FBI and NYPD reportedly swooped on protesters’ homes on Monday.

‘There were a number of visits between 6:00 and 7:30 in the morning and at other points in the day that appeared to target people that primarily the NYPD, but in one instance the FBI, wanted to ask certain questions to,’ Gideon Oliver, a spokesman for the National Lawyers Guild, which has represented the activists in the past, told Buzzfeed.

‘Questions included things like “what are your May Day plans?” “Do you know who the protest leaders are?” “What do you know about the May Day protests?” and such.’

Despite the relatively calm protests (although protests in Seattle and Oakland did turn violent as various shop windows were destroyed by protesters) there were various instances of police resorting to brute force, tear gas and what many claimed unjust practices in their attempt to quell protests. The fact that the police is used under the guise to offer civil obedience when in all practicality they serve to deny citizens the right to voice concerns is perhaps one sign that the establishment is hardly interested in taking chances as tensions are set to rise as warm weather resumes in the Northern hemisphere.

New York Mag interestingly had this to say about the protests:

Union Square was part protest, part social justice fair, and part music festival. Morning rain clouds and underwhelming crowds made for a slow start Tuesday, but by 3 p.m. people were pouring in from the north end of the park to enjoy the May Day sunshine and share their many, many concerns. Income inequality, stop-and-frisk, immigration reform, corporate tax rates, justice for Trayvon Martin, sanctions against Iran, and even Ron Paul 2012 — each and every issue had representation, and then some.

“All of our grievances are connected,” read the sign atop a massive multicolored Maypole. But it wasn’t clear how — coherence and momentum still felt elusive for the famously leaderless movement, despite spirited sing-a-longs, witty signs, and smiling faces. 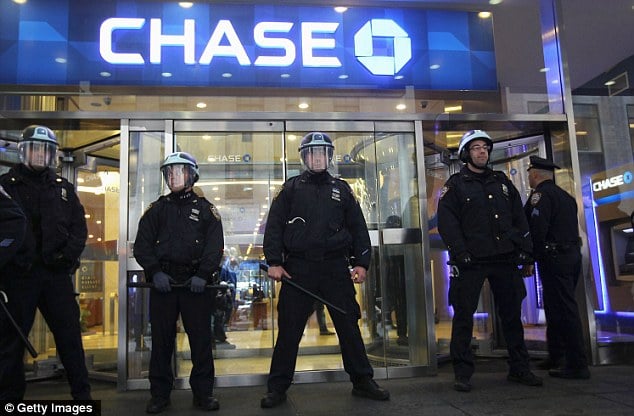 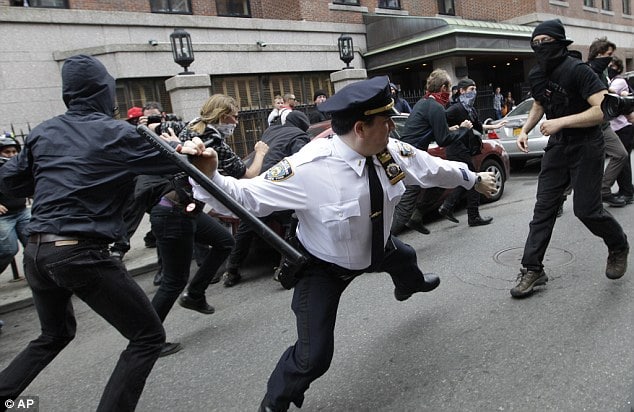