It’s become so hard to find a job nowadays. For every job announcement, there are five unemployed people out there. Job-hunters! Has anybody thought about launching a new reality show?

Since you’d rather apply to many jobs at once, companies that want to hire end up getting hundreds of applications every time. In this awful job market, many applicants are willing to ask half as much as you would, just to get hired! Or aren’t they?

Last night I had a dream. I was Chrysler’s CEO. I just brought my company back on its feet, thanks to the taxpayer’s money. I had just fired all of my unionized workers, and rehired them as independent contractors. Such a big saving on their benefits – my bonus doubled overnight! And if they get sick or old, well, isn’t America the land of opportunity? Still, I have to pay them minimum wage, it’s seven bucks an hour. Imagine a brand new world, where every day I could put ten thousand ads online and offer a job on the line for the lowest bidder? And every day hire a new slave blue-collar worker? In my dream, I could hire them for at most one buck an hour. Almost as good as having ten thousand interns…

Welcome to the New New Economy. It is not a dream (or a nightmare, depending on which side you’re on). It’s reality. Check it out at the job-bidding websites Mechanical Turk, run by the corporate giant Amazon, or taskrabbit.com, on the dollar an hour you’d get in my factory, they’d take a fifteen percent overhead. You can tell by the caliber of the investors that this is going to be huge. Actually, it already is, except no one really knows how large this market is yet.

Of course there’s a bright side to this story, especially if you are a teenager who really doesn’t fancy homework. Why should you do your maths assignments, when you can go to fiverr.com? Not only you can find dozens of people who offer to solve any of your math problems for $5. But if you want that extra thrill, some of them “will sing you a math song to help you learn a difficult math concept.” How much, ça va sans dire. There’s so many starving geeks in Bangalore, one of them can surely do the job. And by the way, isn’t that the favorite place for corporations to outsource hi-tech jobs already? You may set up your new startup online on yourmaninindia.com. 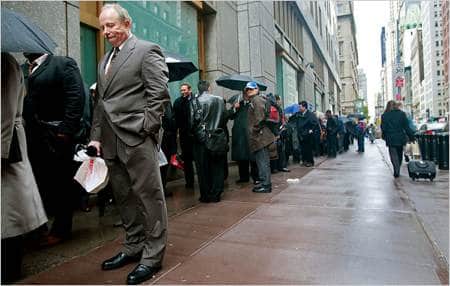 Turns out my backyard is filled with radioactive dirt. I know I shouldn’t have built a house on the site of a nuclear power plant, but it was such a steal! Do I really want to pay for a safe removal by a company specialized in handling toxic waste? Well… On second thought, I’ll put an ad on taskrabbit.com to see who wants to dig some dirt, load it on a truck, and bring it wherever it is they want to dump it. You can try it out yourself, put the ad online, and be surprised by the result: Fukushima-grade work for just $34.

If you read this article and you are Apple’s CEO, you are already salivating. Why are you still paying $1.20 an hour the guys overseas at Foxconn, when you can have the same job done for a few pennies instead? On the other hand, if you are reading this article and you are a painter in Long Island, you are already getting the pitchfork out of the garage and look for that guy who can paint a bedroom for nothing.

It’s fun to imagine what are the legal implications of this new “microlabor economy”. Suppose you get somebody to fix your roof, the guy doesn’t even speak English, and now he falls and breaks his leg. Well, I didn’t really sign any contracts, I’m sorry…

It’s the final revenge of the supply side economics – a politically correct rebranding of Nineteenth century slavery. No wonder venture capitalists are on it big time. Some politicians suggest college degrees are overrated, and elitist. Even if it was pretty obvious that non-college degree wages are in free fall, this new micro-labor world is turning hi-tech skills into $5 an hour jobs, too: just take a second look at feverr.com. But this is just a trailer of the new opportunities awaiting the 99%. The full feature movie might be out in November: the Hunger Games economy!

Did she kill herself? Body in Mississippi River id as missing...

Your basic guide to moving to San Jose