Oikus gunman One Goh said to have hated females!

Moment crazed gunman One Goh took over a classroom at Oikos University….

It was just like any ordinary morning. Just like most classrooms across the the country as teachers were settling in and getting ready to hold court with their pupils. But in one class, things were not about to go as one would have anticipated as they would in other classrooms that morning…

Haven’t mysteriously taken a seat in the classroom (after having spent months expelled) he waited for class to begin before methodically standing up and point blank shooting one student in the chest before then demanding the other students line up against the wall:

Get in line and I’m going to kill you all!’

And as soon as he had said that, 43 year old One Goh cocked his pistol and began to indiscriminately fire. Who he was firing at exactly one couldn’t be sure. All that one understood was that there in front of them in that classroom were bodies slumping forward permanently exhausted and others running out the door with holes the size of stacked quarters in their arms with blood furiously pouring out….

It has been suggested that the death of One Goh’s mother and a close brother along with his expulsion form school and thousands of dollars in mounting debt may have played some role in the ex student’s maniacal search for blood. 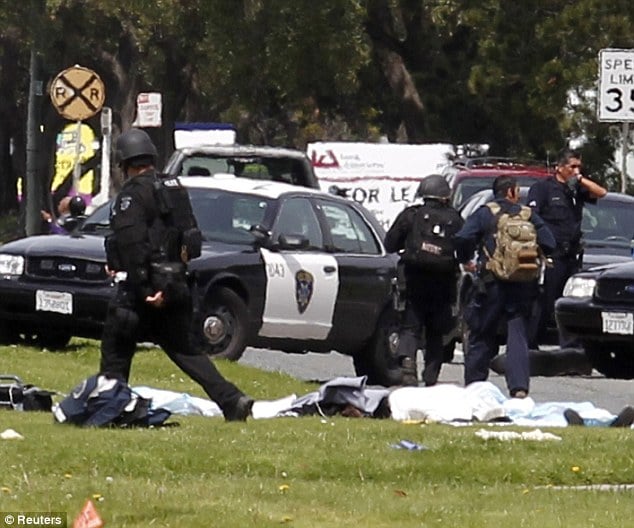 As soon as he finished shooting in the classroom One Goh then set out to continue his shooting spree in other parts of the building. Today one could surmise was the day that he was going to teach to students and faculty members alike what life was really all about. Teach them that disrespecting him, poking fun at him would never be tolerated or condoned ever again It was after all one could suppose about time he let them know what they had done to him….

From there One Goh set out to look for an administrative teacher, but he could not find her, apparently and luckily for her one supposes she chose not to attend school that day. Instead One Goh proceeded to acupuncture class and resume his shooting spree.

And then he fled, leaving behind him carnage, spilled tears, spent souls, fellow students and teachers languishing helplessly in pools of blood, some dead, some still alive and others still fearing the worst running for their lives as swat teams and other police outlets stormed the school campus. But he was gone.

An hour later One Goh turned up at a Safeway shopping center, 5 miles away from where he had been not just an hour ago had methodically, indiscriminately pummeled bullets into students and teachers at Oikos University. A university that he would of course never ever return to… 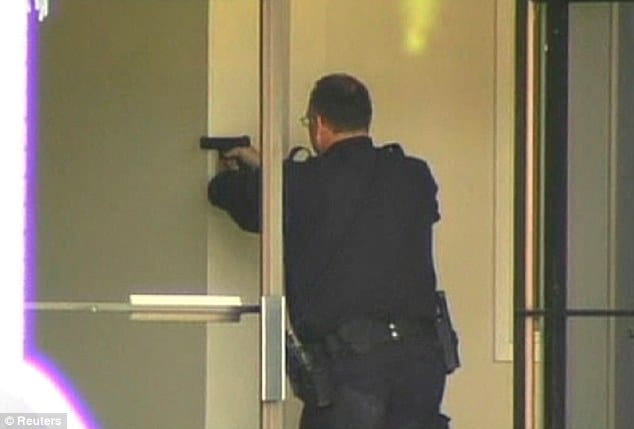 And just like that, his deed done, the weight and stench of death permeating from him, One Goh approaches a customer service assistant and bizaarely told him that he had just shot a number of people and that he needed to be arrested. One could only imagine the thoughts and reaction of the customer service associate who then called over his manager who then promptly had police attend to a sunken One Goh. It is said that the associate later mentioned to authorities that until that moment One Goh had been behaving suspiciously as he loitered there in the supermarket.

With police having finally arrived, One Goh is taken outside where he is now standing in between two police cars, with one officer kicking his legs apart and another patting him down, presumably looking for weapons. But they found none. As police spoke to him One Goh stood there not saying a word, one could hardly be sure where his mind was that very moment as they finally put him in one of the cars and proceeded to drive him to bookings. 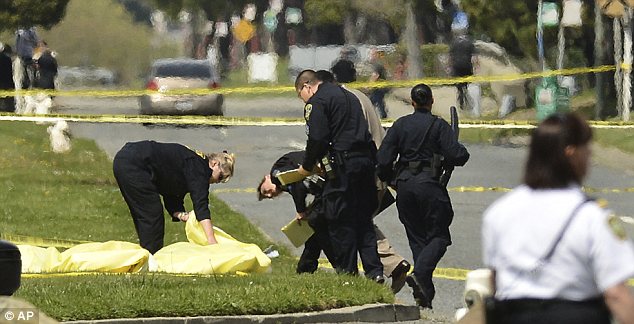 What has been this morning discovered of One Goh is that he had amassed a number of traffic fines and had recently been evicted from an apartment complex after owing the landlord $1300. This on top of recent tax liens which came to the amount of $23 000. But perhaps one could argue the biggest debt he would now have on his shoulders were the lives of 7 individuals who he had callously taken that morning.

It is believed at time of press that no one other deceased individuals have been accounted for and authorities are now continuing to collect evidence as they attempt to make sense of a senseless case that has taken one man’s heart break and catapulted it across an entire community. It is also said that One Goh has never been arrested before nor any record of violent behavior, except for yesterday morning when things no longer made sense to him and he chose to react in a way that one has yet to learn whether he regrets or not…

Oikos University gunman identified as One Goh. Turned himself in at local Safeway store 5 miles from scene of crime.