Friday night’s weekly soiree at  SpinNYC  Dirty Dozen Pro Ping Pong Tournament is a continuation of the days of the legendary Naked Ping-Pong Party, created by Jonathan Bricklin and Franck Raharinosy. The place that brought ping-pong clubs into fashion with regular celebrity-hosted parties, hosted by the adorable MC Ryan Willard with MC and Pong Master Wally Green. With DJ Liam McMullan mixing it up from the booth, the event wouldn’t be complete without Aesha Waks uses her ball snatching skills functioning as professional Ball Girl / Eye Candy for the spectators.

Don’t expect any naked ping pong(not all the time that is),although Kaz (The Kazmanian Devil) Yokoyama, performing artist and Ping-Pong Pro, on special occasions has been known to strip down to his hot pants.

With no flash photography allowed the party has solidified itself as a hot spot for celebrities, socialites and artists such as Devorah Rose Lulu Johonson. Photographers Patrick McMullan, Antoine Verglas and David LaChapelle have been seen in the bleachers enjoying themselves without cameras, even though the night may be star studded as they come. Luckily young photog Naomi Ellenson was able to snap a few pix of, The Kazmanian Devil, Himself and, NYC’s most beautiful Ball Girl, Aesha Waks.

There is sure to be some beautiful girl hanging on to French playboy Franck Raharinosy (Franck has been romantically linked to actress Amanda Seyfried) Most Fridays you are likely to see Jonathan Bricklin and his significant other and business partner Susan Sarandon, along with creative underlords TJ Morehouse and Judah Freelander (of 30 rock).

At SPiN NYC the club owners themselves who like their celebrity guests are no strangers to their share of controversy. There may be raised eyebrows, but what can you expect,  when you buy a $60,000 Ping pong table during a Recession. All the more reason the heat is on every Friday night at The Dirty Dozen Ping Pong Championship when the top 12 ping pong players in NYC square off for a Cash Prize… and if u aren’t a Ping Pong Person you can win free drinks in the Dirty Dance off.

The Fashion set come out and play with Susan Sarandon. 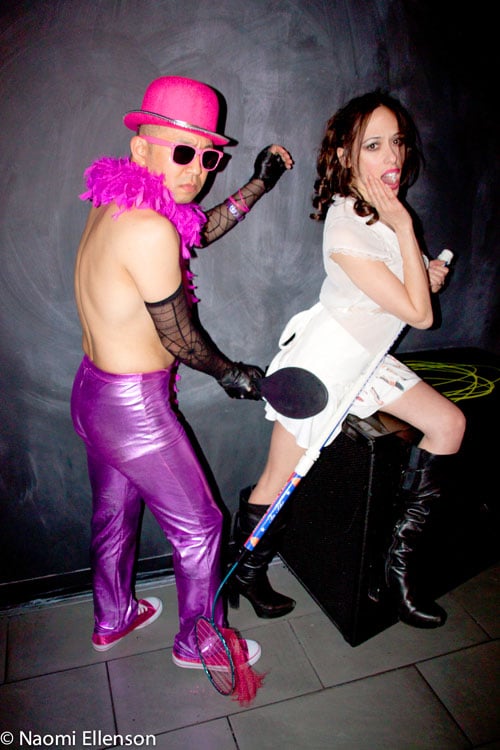 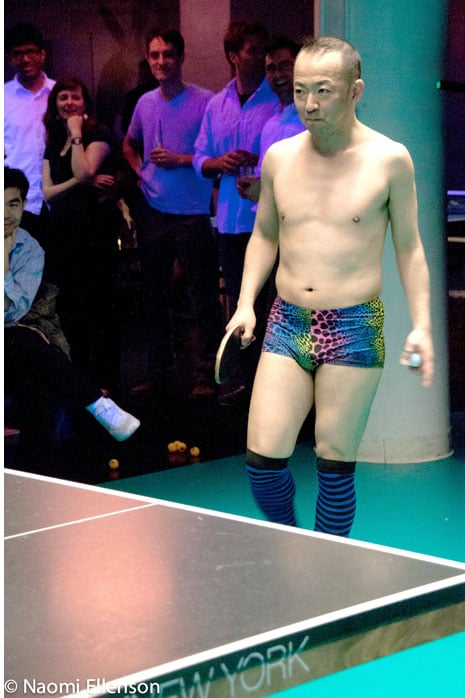