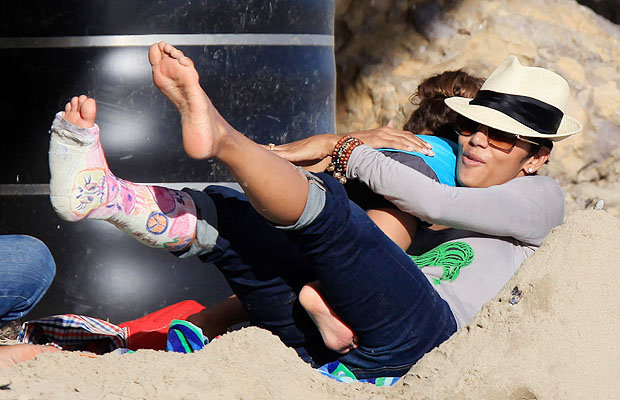 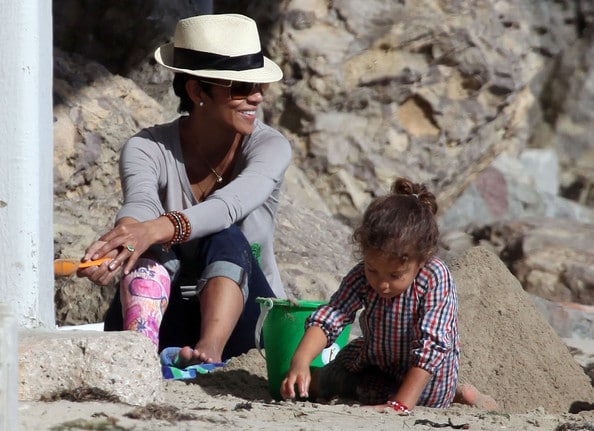 As if Gabriel Aubry didn’t already have enough reasons to be angry at baby mama, Halle Berry, now he has one more – er…two more. That’s because home girl is engaged to beau Olivier Martinez. But wait! It gets better! (The proverbial doo is about to hit the fan) …She wants to move. To FRANCE. And she wants to take Nahla with her.

So far Gabriel’s reps have yet to comment on Halle’s destination plans, but something tells us Mr. Aubry and his legal team ain’t having any of it! Can’t say I blame him. Halle’s a crazy b!tch and this just solidified that! Not that her cray needed solidifying to begin with, ha! I also have a tough time believing any judge with any amount of decency would sign off on something like that.

Word on the street is Halle’s reasoning behind wanting to make the big move to the romantic country is due to the fact that her stalkers have been released from jail.  Personally, I think Halle’s “reasons” are mere excuses to hide the fact that what she really wants is Gabriel Aubry out of the picture – especially after the back & forth custody war that has been going on between the two – and she’ll stop at nothing to make sure that happens.

Well honey, let me tell you a few things: Not having a relationship with one’s own father for the first half of any child’s life is just going to end up being extremely detrimental (trust me I know about that shit)  and secondly Nahla will grow up to resent baby Mama if she ends up taking her away from baby poppa. Thirdly, moving all the way to France isn’t going to get you any less stalkers, sweet cheeks! You’re an A-List celebrity, and while having stalkers sucks, WTF do you expect?! Unfortunately stalkers come with the territory. Oh yeah, I once dated a French guy, they’re all sorts of psycho. RUN, girl, RUN!

So Halle, instead of packing your bags, why not just beef up the security system at your current home and call it a day? No need to waste all those AeroPlan points, sister!!!