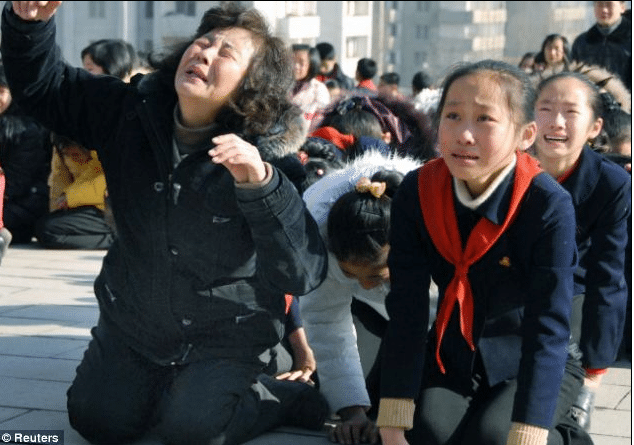 Failing to show complete and utter despair hysteria at the passing of a tyrant who has kept you in chains will now land you a one way ticket to a labor camp. The surreal life that awaits you in North Korea up close…

dailymail.co.uk: North Korea’s hardline regime is punishing those who did not cry at the death of dictator Kim Jong-il, according to reports.

Sentences of at least six months in labour camps are also apparently being given to those who didn’t go to the organised mourning events, while anyone who criticised the new leader Kim Jong-un is also being punished.

Those who tried to leave the country, or even made a mobile phone call out, were also being disciplined, it has been claimed.

Reading this one is tempted to ask a number of questions. Is the above information being exaggerated to exact a leery disposition towards North Korea? If we do assume some degree of this behavior is behaving is it reasonable to assume the following:

a/ Most people cried at the passing of Kim Jong-il because on some level they were crying about the continual passing of their own liberties.

b/ Most people cried at the passing of Kim Jong-il because to appear not to might mean having family and friends crying at your own passing or sudden disappearance.

c/ Most people cried at the passing of Kim Jong-il because they legitimately unlike most places in the world have a deep and heartfelt appreciation and respect for their tyrants statesmen.

d/ Most people cried at the passing of Kim Jong-il because it is one step closer to one day attaining freedom and the anticipation of it but the immediate lacking of it drove many individuals to the brink, even if the grief looked spectacular on camera and wonderful from the palace’s perspective. 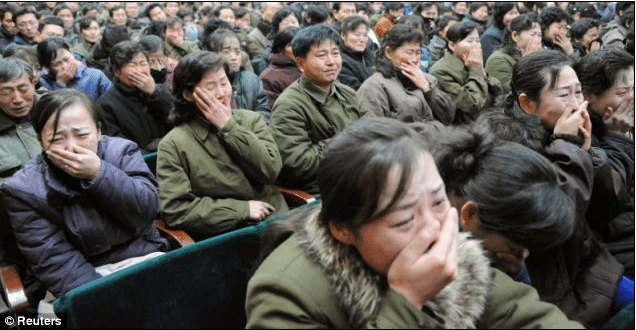 Daily NK says a source has claimed that ‘criticism sessions’ – which began after the official period of mourning – have now finished and tough sentences are being given out.

The informant from North Hamkyung Province told the website: ‘The authorities are handing down at least six months in a labour-training camp to anybody who didn’t participate in the organised gatherings during the mourning period, or who did participate but didn’t cry and didn’t seem genuine.’

The source claimed the criticism sessions created a ‘vicious atmosphere of fear’, which meant the new leader, Kim Jong-un, was being accused of preying on the people now that he has taken power.

Aren’t you glad you aren’t living in a kind of tyranny although to be frank with you most of you actually are except you like to fool yourselves otherwise.

Who will cry loudest for your political leaders if not you? 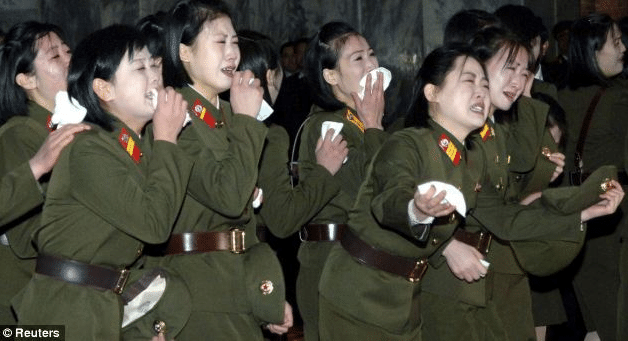