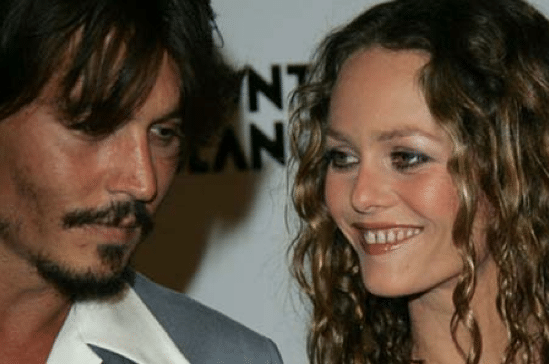 Love hasn’t lived in this chateau since the last century…

Rumors started coming to the fore two weeks ago that actor Johnny Depp’s relationship with French actress/singer Vanessa Paradis was on the rocks (but more how long it may have actually on the rocks comes below). It seems with the release of the latest he said she said and do we really need to get all the publicists involved scenario that the thing we call le pate du celebrite lust has gone shockingly out the window. Then again compared to most Hollywood wine, dine and then get divorced after dessert is served 14 years wasn’t a bad run.

With the passing of the recent Golden Globe awards and the very obvious lack of attendance of Johnny Depp’s better half of the last 14 years, Vanessa Paradis, rumors started going into overdrive (yes folks the media can’t help but notice such stark points that it gets insomnia just thinking about it) once again about the state of these two’s relationship. The upshot? They’re both living very sad and separate lives. And may have been doing so for a while now…

dailymail.co.uk: The French actress was nowhere to be seen as the Pirates of the Carribean star mingled with his A-list friends at the Golden Globes on Sunday night.

And now some insiders are saying that the long-term couple have already split up.

According to a new report by the highly respected publication People magazine, their relationship has been rocky for quite some time.

Rocky for some time? But that doesn’t go hand in hand with the illusion that love is eternal and peachy cute when love lust lives in the French country side where abundant strokes of hand holding and a bottle of Burgundy are supposed to make the lonely self feel empowered. Especially when you’re both too very good looking and a constant staple on tabloid cover machines…

Of course what also makes Vanessa Paradis’ non showing up this past Sunday night was that she was photographed shopping downtown Los Angeles earlier that day…hmm.

Although they show displays of unity at family functions for children Lily-Rose, 12, and Jack, 9, they are infrequently spotted together.

While both Johnny, 48, and Vanessa, 39, were in Paris last November, she opted out of attending the French premiere of his film, The Rum Diary.

Instead, People reports, she went to a concert, which one source notes was ‘weird and pretty clear: You’re in town and you don’t go to the premiere of your husband’s film? One which he starred in, produced?

Weird? How about a matter of fact. When the tip of Johnny’s tongue aint lashing against the cute mile wide front tooth gap of Vanessa, you can pretty much assume that what goes for weird is perfunctory as a creme broule after a good meal. Well in this instance a sour meal…

Though they have both been staying in LA, it is believed they are living at different locations.

An insider tells the magazine that the two, who never married, may have been broken up for years.

‘My sense is that this is a couple which hasn’t existed for two years,’ says the source.

Vanessa has remained at home in Los Angeles with their kids, who attend private school there, while Johnny gallivants around the world shooting movies.

Kids can someone lean over and pass me the Absinthe forthwith? This piece of news is having a hard time staying on my palette.

If only a too good to believe fantasy could have withstood the test of time we could all have sneaked in another good night sleep. What we will think when even these two fairy tale love thing was doomed too?

Johnny Depp is still America’s preferred wet dream and then some.