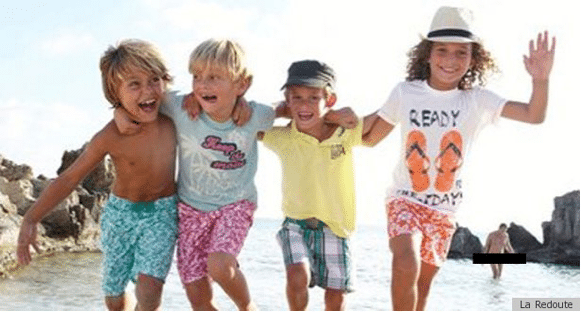 Normally when one goes to a children’s website to buy clothes for a child they expect to see well children, and perhaps the occasional puppy. That said online visitors of one French clothing label for children came across something all together different when they visited La Redoute. A naked man straddling in the beach in his full glory in the background.

What makes this faux pas (unless the French thought nothing of it, after all anyone who has spent time in Germany knows sunbathers think nothing of walking around completely naked) particularly beguiling is the fact that nobody from the photographer, the editor, the photo shopper thought to remove it. Unless of course that is no one thought nothing particularly alarming about the image especially in light of the more open minded attitudes one comes in Europe towards the naked form.

That of course all changed when visitors began piling on their Facebook page and complaining forcing the company to take down the image and publicly apologize:

(as translated from French): “La Redoute apologizes for the photo published on its site and is taking steps to remove it. We have opted to delete all posts, including this picture.

“We are aware that it may offend the sensitivities of web surfers. We will strengthen the validation process of all brand communications so this can not happen again in the future.” 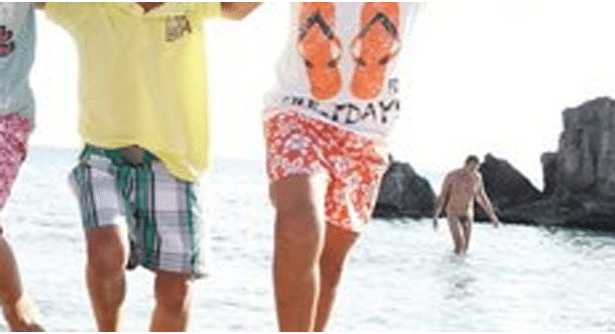 Some of the reactions left on facebook translated by fashionista (yes my French is poor bixches) are as follows:

Then again from a chap who has seen it all, I hardly understand the fracas, especially if you consider it’s openly displayed behavior on most European beaches (where I assume the ad was directed for) nor was there any sexual engagement of any sorts. In other words it must be a slow day in the media world….