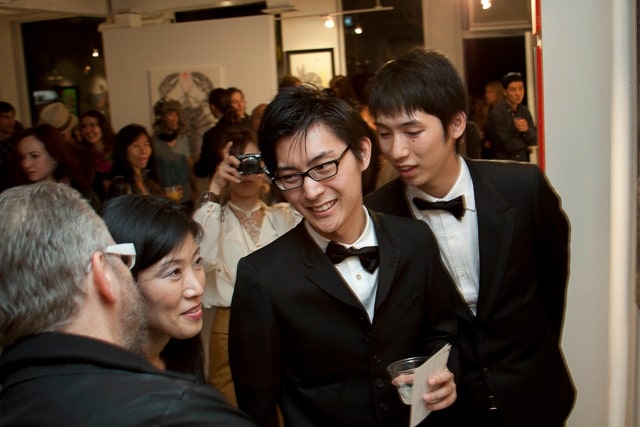 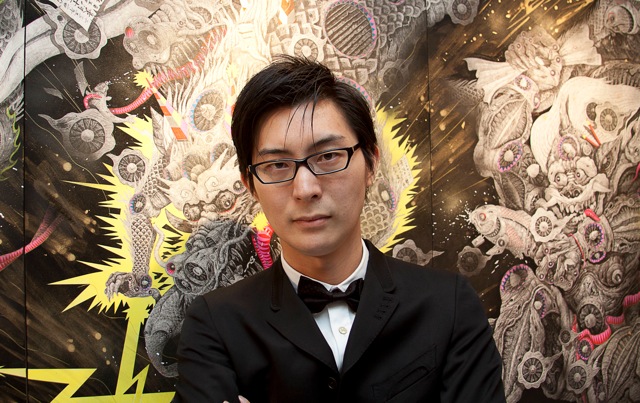 Yasuto Sasada premiered his first American gallery at CATM Chelsea one recent Friday ago. Combining traditional Japanese cultural tropes with a sci-fi sensibility, he gave a collection that was both eye-catching and whimsically interesting.

Working primarily with pen as his medium, Sasada’s work is detailed and intricate. He has a graphic novelist’s eye for detail, getting across as much information in one highly kinetic picture as he can. His topics include popular Japanese mythological depictions of animals, such as wolves and cows, and also stunning and ambitious depictions of dragons, samurai, and the Yamata no Orochi, an enormous snake with eight heads (sort of an Eastern analogue to Cerberus or the Hydra of Greek mythology). His art depicts cosmic, epic battles that seem violent and real, but he as easily can depict a quiet scene of two frogs, a mother and a baby, lounging on a lily pad and basking in the sun, or simple naturalist studies of fish and beetles.

The key word here is naturalist, since Sasada has a concept of biology all his own. What elevates his art from typical depictions of animals and mythical creatures is that in Sasada’s artwork, bodies contain not nerves and bones but gears and wires. The blades of fans turn in the rump of a dog to keep its hind legs moving. Animals leaping through through the air give off exhaust fumes. Strange human mouths with lolling tongues adorn the bodies of otherwise normal looking mechanical fish. Sasada’s given a lot of thought to the biological makeup of his creatures and they maintain an internal consistency from picture to picture. 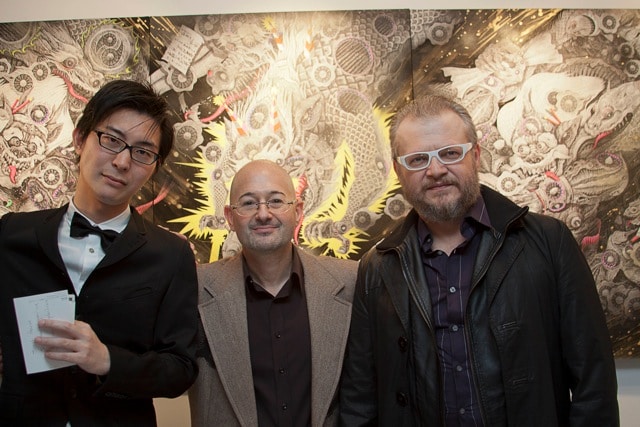 At 26 years old, this may all be a reflection of Sasada’s youth. While maintaining a clear familiarity with classical Japanese culture, he manages to inject a contemporary energy into the work. Black and white animals fly through a color explosion sky filled with pop-art celestial bodies. Figures move with verve into battle, or prepare their swords ahead of a rising sun. He even accompanies some pieces with comic book sound effects, subtlely incorporated into the background. The wheels in the dog are turning, and going “Da-da-da-da-da”.

The connection between nature and industrialism has long been a concern of Japanese fiction and anime. One needs to look no further than the works of Hayao Miyazaki, well known to American audiences, and classics such as Nausicaa and Princess Mononoke. Sasada has Miyazaki’s way of giving a mechanical thing its own life and personality, and appears to share that concern with the way technology displaces nature in the modern world. But his mechanical animals have a natural beauty all their own, depicted particularly in his quieter observations of nature.

Sasada says he started out drawing girls in his teens (like many a young artist). He’s come a long way from that, with a showcase that’s brought him to New York, a showcase that is never uninteresting and remarkably detailed. Bringing steampunk industrialism together with mythology and nature, he creates a cosmos all his own. 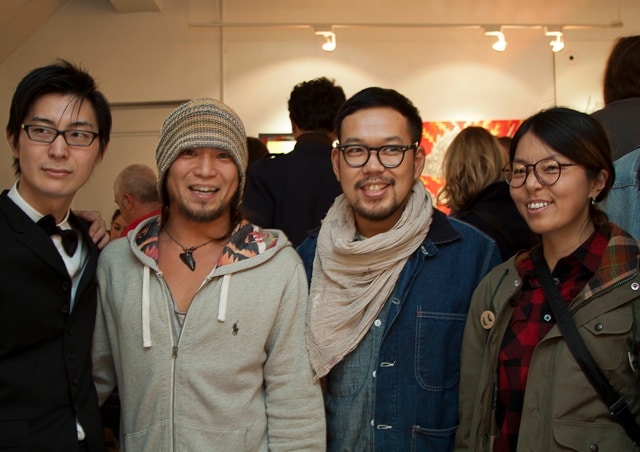 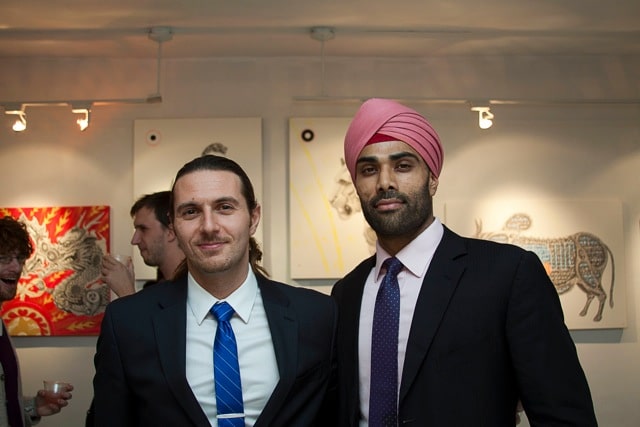 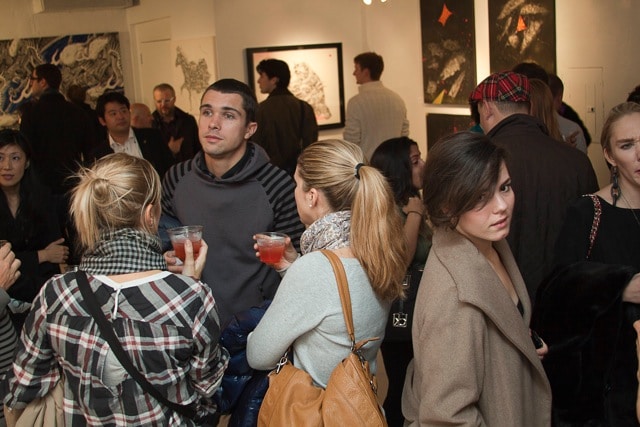