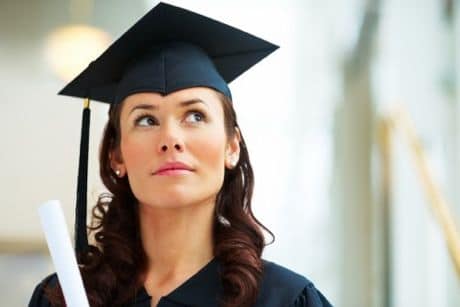 College student debt headaches? Here’s some alarming news: getting an education is starting to cost the average student more than ever, this in the face that getting a job out of college these days entails offers dim hopes, and at best an unpaid internship in the hopes that materializes into a paid offer down the line and for many students graduation these days is met with the unsavory realization that their degree in fact might not be worth that much in the first place given the current high unemployment rate, which in the state of NY is 9.1%.

Perhaps this then explains why so many graduating students are more than ever being forced to take jobs as office temps, waiters, bartenders and the occasional foray as a paid lady of the night for those willing to trade their youth and looks to some quick money and instant access to a type of lifestyle that so many students once envisaged their degrees would offer them.

According to figures compiled by the Project on Student Debt, the cost of getting an education has risen 5% year over year in the last 5 years, with the average student owing  $25, 200 upon completion of their studies. Yet the news is even more damning for those students attending for profit colleges where up to 96% of students are to be found in debt at one assumes is a far greater figure than $25, 200 (which took into account 15 non for profit colleges around the country) hardly the type of inducing facts that would inspire a young person to seek tertiary education.

That of course presumes the costs of getting a tertiary education is far less than not getting one at all if we are to believe that those with just high school diplomas are in for a tough ride if they are to ever amass vast fortunes for the types of jobs available to those without a higher education. This on top of the fact that states have significantly cut their support for state schools.

No surprise then that many of those attending the Occupy Protests have been particularly chagrined by their debt burdens (the demands of their monthly debts force many of them to take positions all together different than from what they studied for) and the lack of suitable jobs waiting for them upon graduation.

For their part financial advisors are urging students to seek pell grants (which don’t have to be paid back) as well federal student loans, income-based repayment, unemployment deferment, which may go some way to stem the pain of not having access to a full time position from which to pay back the loans. Private loans they stress should be avoided or at least all together limited, hardly savory news in the face of news that support from states has been in marked decline some time now.

Sensing the unease the Obama administration recently announced new programs to ease the repayment of student loans, changing the income-based repayment program next year to allow lower monthly payments and shorter durations for low-income borrowers, and offering a slightly lower interest rate to some borrowers who consolidate their loans.

The upshot? Being a college graduate is starting to become a vocation for those brave enough to weather the storm or at least a calculated gamble on behalf of students that once they graduate they’ll have a meaningful offer on the table. The reality though is most students will be forced to consider a masters program (and of course much more debt) to compete for the few premium jobs that still exist or to go it alone and create their own mechanism into  a high powered living that may or may not go somewhere. Such are the realities and inconveniences of having aspirations beyond a high school diploma. So much for upward mobility…