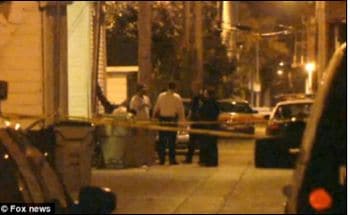 All she wanted was another baby of her own…

33 year old Annette Morales-Rodriguez has been arrested in connection to the murder of a pregnant woman and the abduction of her foetus.

According to authorities, police responded to an emergency call where it is said a woman had claimed that ‘she’ had given birth to a baby boy that had somehow died during birth. Which on some perverse level could be said to be exactly what had happened, except for the part that the baby originated from another woman’s womb.

Suspicious, authorities conducted a full autopsy of the deceased and a medical examination of the woman herself before returning the next day to discover the mutilated body of the murdered mother.

‘Evidence at the scene indicated that she had been fatally injured there, and that the baby had been removed from her womb by force.’

Police have gone on to say that no evidence exists that the women knew each other prior to the murder which raises speculation as to whether the murder and abduction of the foetus was a spontaneous event or perhaps a planned vigil by the murderer who may have been keeping tabs on the pregnant woman before deciding to murder her, or quite possibly a series of pregnant contenders.

What makes the case particularly odd is how according to neighbors Rodriguez, who has three children of her own, ranging in age from 5 to 14 had posed for months as she herself was pregnant and had even gone as far as producing a sonogram of the baby.

According to one neighbor Keila Perez, she had been told by Rodriguez that she had been expecting to deliver the baby by Caesarean section in coming months but had instead been called by the murderer on the day of the murder to say that she had gone into contractions.

One can only wonder how Rodriguez planned to carry off the illegitimate appearance of her pregnancy and why she chose the particular woman she murdered. Answers to which authorities in coming days will seek to resolve.