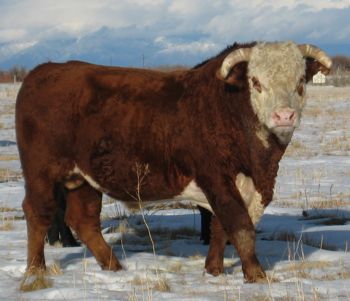 Cross-country skiing is such a nice way to relax.  Gliding along peaceful trails blanketed in untouched and pristine snow, one loses one’s sense of the world, instinct takes over, and one hardly notices that stampede of bulls charging, for we finally fall in tune with Nature.

Just ask one 55-year-old woman, who went skiing this weekend with a friend on the Coronet Peak ski field.  Around three in the afternoon, she lost sight of her companion, somehow found herself in the middle of nowhere, and faced a harrowing five-hour hike back to civilization.

Otago Daily Times: Her journey included negotiating fences and bluffs and being chased by a herd of Hereford bulls before ending up at a Hunter Rd address at 8.30pm.

I just watched the new Jane Eyre, and even she didn’t have it this bad trudging through the countryside fleeing from Rochester.   But come to think of it, a little cattle chase would have really added a sense of urgency to the situation.

Anyway, the woman, who did not want to be named nor interviewed (nothing to be ashamed of, darling, you’re an adventurous hero now), did not require immediate medical attention, though she was quite distraught and emotionally exhausted. “It was dark and that [cold] front was coming through. She was very, very lucky that she was strong enough to keep going,” Constable Blair Duffy, of Queenstown, said yesterday.

Her husband was also distraught, needless to say.  He was waiting at the field’s base and called on a search-and-rescue mission after she did not turn up.  Ski patrol could not find her, chopper and all, but the staff were willing to speak with the woman “’to go through where she’s come unstuck, so it doesn’t happen again’, Const Duffy said.”

Is it just me, or does this Const. Duffy have a way with words?  “She’s come unstuck”: sounds like a good title for the book deal/film option.  If 127 Hours is Oscar-worthy…