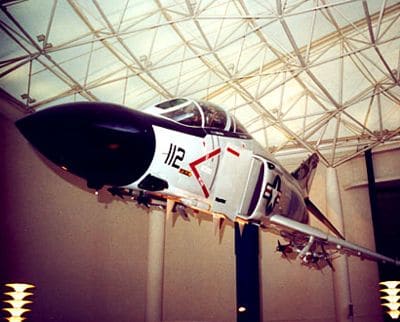 Janet sent an email: “Will you be coming by today? I can make time at 11 AM or 2 PM. Otherwise, Monday and Tuesday my calendar is open.”

Janet then sent an email:

“I have asked you several times to meet with me in person. Despite these repeated attempts, you have not come in.

Though you have given many hours to the Museum over the past years, I have received repeated complaints about your behavior. There are many volunteers who are unwilling to work with you and your most recent interactions with staff have shown me that you are unable to work in a cooperative and helpful manner with the Museum. I have no other choice than to ask you to step down as a volunteer.”

When I asked to come in and clear the air of whatever issue was concerning her, she wrote back (by email):

“I am sorry but I will be out of the office on both Thursday and Friday. I am not sure what you mean by clearing the air. The Museum no longer needs your services as a volunteer.”

So I wrote to Michael W. Hager and asked to appeal the decision by Janet Morris and got the response below:

I have reviewed the action and concur with it. I am sorry but your behavior has left us with little choice. The decision is final.”

So what is my story?

I have not been able to face my accusers or even get a face-to-face meeting to clearly understand why I have been told “my services are no longer required as a volunteer”.  Maybe I have been project oriented and brisk with people but I have never threatened or intimidated or berated anyone.  Any comments I have made have been face-to-face and “within the house.”

I have presented my point of view to staff on a couple of occasions and made my feelings known as clearly and directly as I could.  Maybe this wounded some sensibilities.  For example, on one occasion I notices mathematical discrepancies in information in the Volunteer Naturalists’ training manual and in the laminated cards we have for reference on the Hornblower Gray whale crises.

So I again brought up that one of the cards, dealing with the Gray Whale Migration was factually inaccurate in that it seemed to base the numbers on a BK ¼ hamburger weighed ¼ pound.  I pointed out the Burger King website said their BK 1/4 hamburger weighed six (6) ounces.  The factoid read:  “Gains 6% of body weight daily [42,000 (sic) lbs for 70,000 lb whale or 16,800 ¼-pounders daily].  I agree that a 35 ton adult Gray whale probably weighs about 70,000 pounds.  There was, what I suspect, was a typo as 6% of 70,000 pounds is 4,200 pounds.  There are sixteen ounces in a pound, or 2 2/3rds BK ¼ pounders per pound.  Multiplying by 4,200 pounds, the number of hamburgers would be 11,200 (not the 16,800 on the card).  Janet said it was just for an example and was fine.  I said I could not be party to purposeful giving out erroneous information and withdrew from the project.  Is this what Janet means by “not cooperative”?

Or was it the dust-up I caused when I reported that the “Polar Expeditions” display (actually the book outside the video area) in the “Ends of the World” exhibit needed to provide clarifying information that it was actually the Beringia people who first explored the northern climes of American when they crossed the Bering land bridge, some 16,500 years ago.   Nor was there any