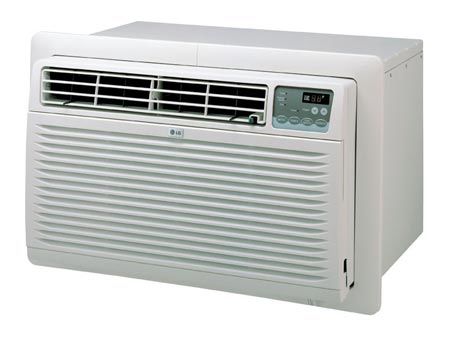 Right about now if you’re a level headed risk averse individual somewhere in the US you probably have your air conditioner on full speed. Everyone that is except for Stan Cox who is adamantly opposed to them and who’d like to sit down with you and tell you why exactly and how you too can live life without recourse to an air conditioner.

dailymail.co.uk: Mr Cox, 54, says he saves money and the environment by keeping the air-conditioning switched off – and he rarely breaks into a sweat.

Mr Cox and his wife, Priti, use tricks in their home taught to them by older generations that help them to avoid overheating, reported ABC News.

Tricks? What type of tricks do they teach in the deep south, Georgia where locals are routinely exposed to temperatures that soar way past 100 fahrenheit?

Mr Cox grew up without air-conditioning in Georgia and claims people have lost the social interaction on summer evenings they had in the past.

‘You’d see kids playing up and down the streets, people visiting one another on their front porches,’ he told ABC News.

That’s right, running and being active in the heat will get you cooled down. Or at the very least it will make you fall down and collapse when you finally return home and not even notice that you’re falling apart at the seams. But never mind, Mr Cox has home remedies that will take care of keeping your home cooler. What are they?

More than 140 million Americans across 32 states are currently under heat advisories as the U.S. experiences a widespread heatwave.

But agricultural scientist and author Mr Cox claims that by turning on your air-conditioning you’re actually making things worse.

‘The headline irony here is that the hotter it gets in summer, the more we’re using our a/c,’ he told ABC News.

In other words the less energy you use, the less heat you create in your home. Sounds simple as long as you and 300 million Americans do their part.

The moral of the lesson? A bit of sweat and a long walk under the shade with an iced tea might make you realize that somehow you can live without an air conditioner, but personally if you ask me a few cool showers with a wet linen towel over the nape of ones neck might do wonders do…

Sleepless in NYC. The damn heatwave refuses to leave my bedroom.