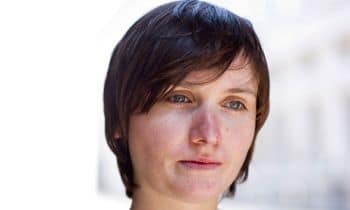 Prince would make his girlfriends get up before him to put on full makeup in the morning; he thought they looked disgusting without it.  Looks like the same sentiment runs in chic fashion stores.

Melanie Stark worked at posh London department store for five years before one too many times, store managers implied that her personal appearance was subpar. After her decision to leave her job, Stark’s story has sparked quite a controversy.

The Guardian: Stark, based in the HMV department in Harrods, said she had been described by one manager as among the best of their employees and worked without makeup for four years, before being asked to comply with the store’s strict dress code.

The two-page “ladies” dress code stipulates: “Full makeup at all time: base, blusher, full eyes (not too heavy), lipstick, lip liner and gloss are worn at all time and maintained discreetly (please take into account the store display lighting which has a ‘washing out’ effect).”

Leaving the caveat “maintained discreetly” aside (no one should notice a woman touching up lip gloss?), this policy seems in line with American stores like American Apparel or Abercrombie and Fitch requiring on-point appearance—which is not to say that Draconian policies are okay.

Salon even points out that Harrod’s “even has a dress code for visitors that implores them to make sure ‘all clothing is clean and presentable and that the appropriate footwear is worn while in the store. Refrain from wearing clothing which may reveal intimate parts of the body, or which portrays offensive pictures or writing.’” It is what you expect to comply with working at places like these, no?

The Guardian: Stark said she had been given a copy of the dress code when she joined HMV at Harrods aged 19, and had been given store approval after an interview during which she did not wear any makeup. Harrods had not sought to enforce the code until last August when, after a “floor walk” by senior managers, she was sent home for refusing to wear it.

A PowerPoint presentation broke the camel’s back, when a new manager asked the girls to be made-up.  Stark left soon after.

Quite a lot has been made of this story already: Sali Hughes at the Guardian claims that “the Harrods code is deeply sexist. It implies that a woman, however clean and presentable, can pass muster only in heavy makeup, and that anyone opting out is by default shabby and below par.” Liz Jones at the Daily Mail retorts, “Women who feel no compunction to improve what nature bestowed upon them are, in my experience, arrogant, lazy or deluded, and frequently all three.”

British polemics notwithstanding, I see this not so much an issue of feminism as it is worker’s rights.  This is a capitalist society, and it is within the rights of the business owner to dictate the terms of her or his establishment—including the personal appearance of employees.  But the tide is turning.  Bar owners cannot allow the ambience of cigarette smoke in the taverns; union laws could very well protect the rights of workers in their choice of what to look like at work.

All in all, we see that not much has changed since in the discourse on women’s rights circa Shakespeare or Jane Austen: a woman still has a right of choice: choice of mate, choice of marriage, choice to stay or choice to leave.  Pretty limited choices, I’d say.