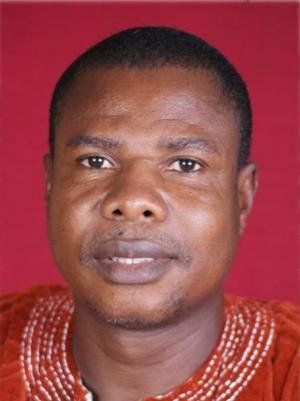 In a disturbing interview with Citi News, The NDC MP for Shai Osu Doku, Hon David Tetteh Assuming advises gays to leave Ghana before they meet mob violence.  His exhortation sounds more like a call to arms at points, since their ‘abominable’ acts and pleas for tolerance have no place in Ghana, according to him.

“I am sending a sign to these people that they will not have it easy in this country. They can leave here and go to other places to practice that. But in this country, I believe that they are treading on dangerous grounds and they could face lynching in future”.

While leaving the country sounds like a safe option, no doubt men and women are rooted to their country and families, not to mention have the right to remain in their homes.

“Being a God-fearing nation and a God-fearing people, let us not joke with this issue and let us not talk about any issue of human rights. This is uncultured, anti-Ghanaian and if care is not taken, these people will face a very tough time in future”.

Anti-cultured?  And here I thought homosexuality flourishes in more decadent cultures rich in arts and leisure.  This is not a “human rights” issue, either: how is it not?  Hon. Assuming states, “In every law, there could be some loopholes. But this is not the case where somebody will hide to commit this act. No matter what law we have in place, this one is an unwritten law. This act is abominable, it is not practised in Ghana and anybody who tries to introduce it in this country will not succeed. It has started in Kenya where people are being lynched”.

Why homosexuality is the one “unwritten law” that is intolerable to parliament is beyond me when so much else is at stake.  An individual’s homosexuality arguably affects only him or herself, though Hon. Assuming insist that the practice pollutes the entire country.

“You cannot trace this act to any of the settings in Ghana. So this is foreign and I am I saying that Ghanaians cherish our culture a lot so for anybody to adulterate the cultural setting in Ghana as far as this act is concerned, I have the fear that people could take the law into their hands in future and deal with this people drastically.”

Hon. Assuming scants responsibility for what he forewarns, though his position on this issue seems clear enough.   He even orders more raids on suspected homosexuals.  Still, what’s scary is how level-headed he seems throughout.  Scary still is how many commentators on GhanaWeb.com support the MP’s call.  (“ALL THE HOMOSEXUALS SHOULD BE KILLED”; “BRAVO MY BROTHER”)

When the rhetoric of such an authority effectively sanctions genocide, one has to question how an individual’s sexuality can be so easily politicized for the sake of ulterior mandates. After all it’s one thing who one man or woman chooses to coalesce with but another thing when a political apparatchik decides to mandate that it knows better than an individual how he or she should expresses their sexual and intimate desires.