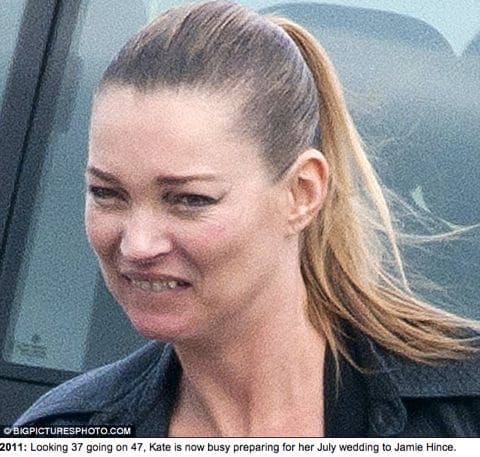 Woe to those of us who peril ourselves above the laws of gravity. In a nifty article courtesy of the dailymailco.uk, the tabloid chronicles the physical disintegration of super model Kate Moss over the course of over 20 years.

As one observes the photos from whence she first began her career to the present one is left wondering what exactly wrong? After all there are many models who are way into their 40’s who have still managed to retain their looks- girls like Cindy Crawford, Christy Turlington and even Naomi Campbell. But Ms Moss seems to have become an inverted version of herself and what makes it all the more ghastly and ironic is how she has tragically become the very thing that fashionistas feared her earlier campaigns had been showing and taunting us with- fearless heroin chic, hard party girl with a sense for the diabolical. It seems the diabolical has finally caught up…

Should we wonder is this a condition innate to those players in the turbulent fashion industry or just the reckoning of an individual horrendously unwinding…? 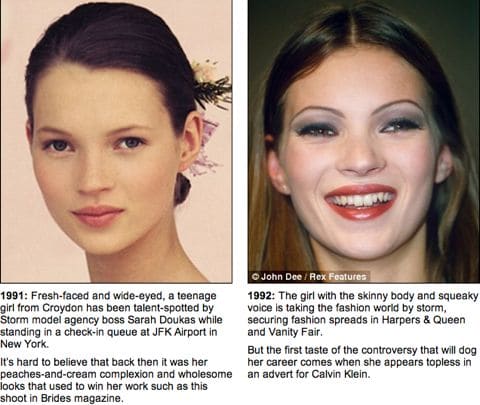 First introduced to us in 1991, Kate Moss harbored the fresh faced and wide eyed ingenue that has always appealed to the masses. But Kate Moss offered more,  even then she was riddled with the duality of innocence, wholesomeness and the hint of tantalizing, the risque. It was a look that was to serve her well for many years to come. 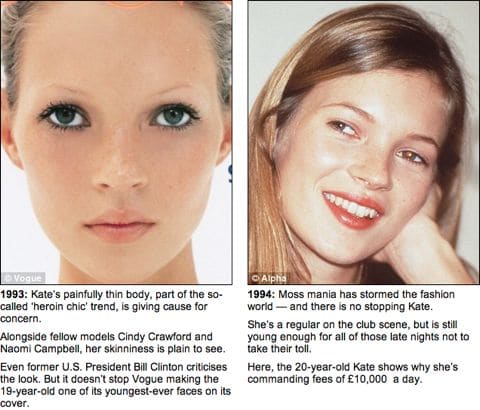 By now she had become a mainstay in the fashion culture, acquiring elite fashion and of course celebratory status (it was after all the age of the super model) and beginning to enjoy the fruits of her labor.