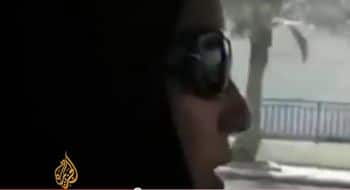 Should women be allowed to drive? Seems like a no brainer, except that is when you live in a strict patriarchal Muslim society where such activities can only be done by men.

jezebel: Yesterday we mentioned the arrest of Manal al-Sherif, who is part of the social media campaign encouraging Saudi Arabian women to defy the law by driving cars themselves. There’s a huge protest planned for June 17th, and on that day, Manal al-Sherif wants women to get in their cars and drive.

So how are Manal’s efforts panning out?

Some Facebook groups support her efforts, while others — like this one — oppose the protest, and suggest that women who participate should be whipped.

Should you be whipped for your freedom?

I teach Writing Comp at an Int’l university in Madrid, and one of my students has spent a lot of time in Saudi Arabia. For his final research topic, he wrote a paper and presented on women’s rights in Saudi Arabia. Part of the problem seems to be that while obviously MANY women, and I’m going to think generational differences are involved here, so younger women in particular, want full rights, many women who do speak out say that the laws are there to PROTECT them and they see it as a sign of honor and privilege that they are so taken care of. I’m not personally taking a stand on this issue…I of course think that gender should not play a role in who gets to drive or not, but I am big on cultural sensitivity and the perspective that from our Western values, the ban on women driving is of course 100% wrong, but from Middle Eastern values, specifically Saudi Arabian, it may not be.

Should a society embrace intolerance on gender or should we just accept it as a token effort by a certain regiment that will always know better and re package it as a token of honor and privilege?

Isn’t it time ladies you got your men driving you around the city too?