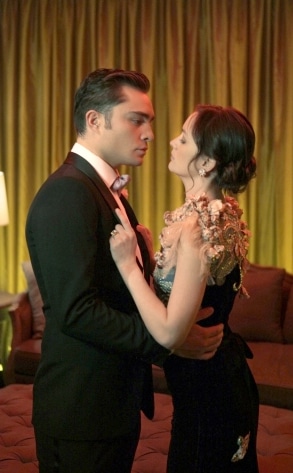 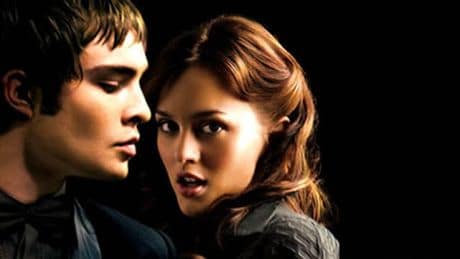 So last Monday rolled around and by around 8pm I had this unsettling feeling that I was forgetting about something truly important.  Twenty minutes later it dawned on me that Gossip Girl was on after a ridiculously long hiatus and that I had surely already missed out on some monumental act of backstabbing in the lives of Manhattan’s elite.

Ok, I’m totally kidding here, but I do have a strange obsession with anything taking place in New York so Gossip Girl falls into that category by default.

This episode proved to be just as addictively disappointing as last week, which if nothing else does help explain why the show continues to get picked up each season with consistent declines in ratings.  In true Gossip Girl form, there was more Serena vs. Blair (Leighton Meester) drama and this new Charlie character (Ed Westwick) is shaping up to be the next villainous Vanessa.

Speaking of Vanessa, is it just me or does she literally pop up at every coffee shop, bookstore, and cocktail party where a petty fight is taking place?  Isn’t she supposed to be busy with her oh so promising film career?  I think she should put her snooping skills to better use and instead pursue a career as a white-collar criminal investigator because she sure spends enough time following them all over town.

Immature behavior aside, perhaps the most disturbingly confusing plot twist was the ever-mopey Chuck Bass and his new drunken, violent nature.  Technically he’s always been a drunkard but the final scene of Monday’s episode reached a new level of pathetic.  Clearly his “love” for Blair is so intense that he figures his best bet in winning back her heart is to physically push himself on her.  They struggle awkwardly for a bit before Chuck throws a punch in his lover’s general direction.  In true Bass fashion, he fails and smashes the glass behind him instead, which in turn slices the delicate Uptown Princess’s cheek. 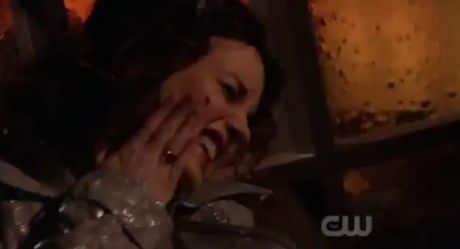 Did constant f*ck up Chuck really think this tactic would work?  Are we as viewers supposed to secretly interpret his violence as a tenderdisplay of affection?  Considering Blair even put up with this behavior instead of running away with her real like Prince of Monaco makes me second guess her sanity.  The fact that a nice, well-kempt prince is actually interested in Blair is confusing enough; add Blair’s strange attraction to danger into the mix and you have the early stages of a domestic abuse case.  Does she perhaps represent all the girls out there who say they want a fairytale love story but are actively searching for their Prince Charming in a frog pond?

Turns out that I’m not alone in my musings about why this scene made the cutting room floor.  Just moments after the episode aired, the loyal Gossip Girl fans who are to thank for its survival thus far, voiced their anger so much that executive producer Josh Safran felt obligated to do an interview with E! to explain to the show’s young and impressionable fans that Chuck’s violence was not really abuse after all.  Really Josh? How is that?

Here’s what Safran had to say.

E!: I thought it was interesting that Chuck actually grabbed her and that the consequence of that fight was Blair had the most perfect, beautiful, dainty injury, which are two symbolically significant things.

Did this moment verge on abuse? What was going on in this scene?