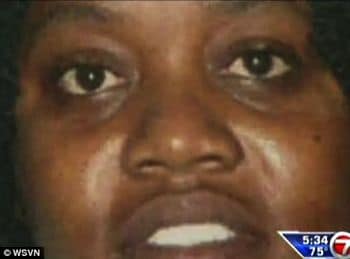 There doesn’t seem to be much rhyme or reason in the following story. At best it’s a warning about keeping firearms within the reach of children, at worse it’s an indictment on the folly of human affairs and the capitulation of one family unit in Florida this evening.

dailymailco.uk: A two-year-old boy keeps calling for his mother after he is feared to have shot and killed her while playing with a loaded gun.

Troy Bailey pointed a 9mm Glock pistol at his mother Julia Bennett after mistaking it for a toy gun.

The victim’s ex-boyfriend claimed he watched in horror as the toddler accidentally pulled the trigger.

If the above has the feeling of a serial tv plot gone horribly wrong – you’re not incorrect to wonder that. Except in this instance we don’t later find out that the protagonist’s mother was playing dead to teach her son a lesson.

Troy Bailey Sr. admitted he had left the gun unattended when he visited his ex at her home in Fort Lauderdale, Florida.

Mr Bailey Sr, who has permit for the gun, said his son picked up the loaded weapon and pointed it at 33-year-old Miss Bennett and pulled the trigger.

Nor can we assume there was a dress rehearsal when this torrid scene got tragically played out. But then again is there ever?

Mr Bailey Sr is not listed as a suspect or person of interest in the investigation.

Family members are still trying to make sense of what happened and comfort the bewildered child.

If only mommy could just wake up…