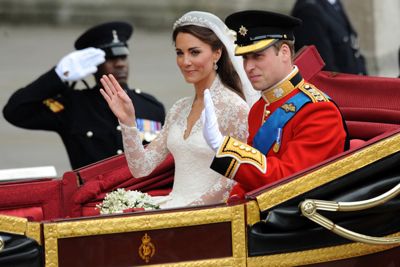 But since we’re dealing with pretense, pomp, pageantry and the affirmation of divinity and most importantly the hierarchical structure of power and politics (which is to say we are celebrating the good show) there is the view of stereotypes to take into consideration:

telegraph.co.uk: Just as many Britons view the United States as populated by obese, gun-toting rednecks wearing Stetsons and not possessing a passport, American stereotypes of the British have been on display in pre-wedding coverage. To read accounts of Prince William’s marriage on this side of the pond has been to enter a world of cucumber sandwiches, afternoon tea, dukes, earls, red telephone boxes, unarmed bobbies and the odd castle.

Would it surprise Americans to learn that in fact Britain too has its own share of ‘red necks’ who aren’t necessarily eating cucumber sandwiches and afternoon tea but rather their healthy servings of media hyperbole (courtesy of any mainstream press agent over the pond- sorry dailymail.co.uk– I still think the world of you), greasy fish and chips, belching shepherd pies and deep golden afternoon and early evening to late evening schooners of ale (not tea)?

But so what- the wedding isn’t there to re adjust these perceptions, but rather play up to them- because who really has the time to inquire about the injustices of the British court, sovereignty or at the very least its instigation’s- the list is long- but I could suggest at the tip of blink- Afghanistan, the latest bonfire in Libya (to of course liberate the rebels- never mind the rebels of Palestine, Syria or Bahrain who must keep their lips shut tight), Iraq and of course let us not forget the injustices/terrorism purged on the Irish and a handful of African states and that old colonial post India. All wonderful things to commemorate as Prince William and his bride take on their turn in upholding pomp, pageantry and the callous history that makes the British empire.

That said, I too shed a wistful tear as the two hopeless romantics vied for my adulation and the TV anchors had me breathing and relishing in incredulous fervor. In fact so inspired was I by the nuptials and the continued epoch of British royalty I plan to spend the weekend eating nothing but cucumber sandwiches (with the crusts cut off thank you very much) and drinking Earl’s Grey tea with a dollop of heavy cream. 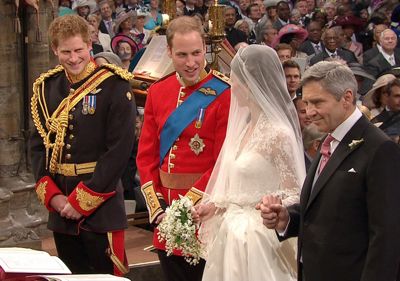 Online Slots are Growing in Popularity in U.S. states

Reasons Why Lucky Niki is A Great Online Casino

3D Printed Fashion: How to use 3D Printing to Make Better...

Oklahoma man who walked 17 miles to work gets surprise gift