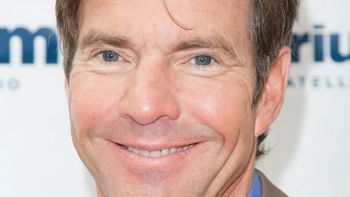 Time to catch up with a celebrity’s favorite past misgivings.

In this week’s Newsweek, actor, celebrity du jour Dennis Quaid reflects in a short essay his foray as a cokehead. Pay attention kids- Dennis has lessons to pass on to you.

newsweek: My greatest mistake was being addicted to cocaine. I started after I left college and came to Los Angeles in 1974. It was very casual at first. That’s what people were doing when they were at parties. Cocaine was even in the budgets of movies, thinly disguised. It was petty cash, you know? It was supplied, basically, on movie sets because everyone was doing it. People would make deals. Instead of having a cocktail, you’d have a line.

Doing blow just contributed to me not being able to handle the fame, which, at the time, I guess I felt I didn’t deserve. I was doing my best imitation of an asshole there for a little while, trying to pretend everything was OK. Meanwhile my life was falling apart, and I noticed it myself, but I was hoping everyone else didn’t.

Hmm- does anyone ever notice when your life is falling apart? Or is it just an existential secret?

By the time I was doing The Big Easy, in the late 1980s, I was a mess. I was getting an hour of sleep a night. I had a reputation for being a “bad boy,” which seemed like a good thing, but basically I just had my head stuck up my ass. I’d wake up, snort a line, and swear I wasn’t going to do it again that day.

But Dennis did to it again and how. But why? What draws someone to seek this synthetic high?

But then 4 o’clock rolled around, and I’d be right back down the same road like a little squirrel on one of those treadmills. The lack of sleep made it so my focus wasn’t really there, which affected my acting.

And then a shed of light finally came…

Addiction just keeps you from living; you’re basically hiding from life. I had a band then, called the Eclectics. One night we played a show at the China Club in L.A., and the band broke up, just like in the movie The Commitments, because it all got too crazy. I had one of those white-light experiences that night where I kind of realized I was going to be dead in five years if I didn’t change my ways. The next day I was in rehab.

Rehab? Haven’t you been to rehab too? And how did that work?

It was one of those times when you think, “Well, if I do the right thing and clean up my life, it’ll get better.” No, it got worse!

Oops. I wonder who’s going to pick up the broken paper plates?

In 1990 I did Wilder Napalm, which came out and went down the tubes. But that time in my life—those years in the ’90s recovering—actually chiseled me into a person. It gave me the resolve and a resilience to persevere in life. If I hadn’t gone through that period, I don’t know if I’d still be acting.

The moral of the story?

In the end, it taught me humility. I really learned to appreciate what I have in this life.

How about you? Are you ready to appreciate life too or are you going to cut yourself another lie line?