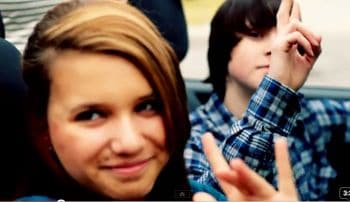 Before I say a word, steal a few moments of your life and feast your music loving ears on this:

Whether or not you were able to make it through this atrocity, I know you are thinking – the same thing I did upon feasting my eyes on this mess: “wait, what?” What the hell was that? I watched the video in it’s entirety, hoping with my whole heart that the Lonely Planet guys (“I’m on a Boat”, etc) or the AutoTune The News kids (the boys behind the Antoine Dodson video) would pop out and ease our disturbed minds by revealing that this sugar-coated disaster was simply a satirical commentary on the state of pop music.

Unfortunately for YouTube audiences everywhere, this was not a joke. Rebecca Black’s family paid $2,000 to a small LA based record company for two produced songs and one video. Although released on February 10th via YouTube, this video did not go viral until only a few days ago – when it became the laughing stock of the internet, garnering in excess of 30 million views. Unless you are 8 years old and know no better, safe money is on the fact that there is a general consensus about this song: it is painful. It is a raw, unpolished representation of the state of the music industry. It’s cheap and propagates the notion that the industry no longer prioritizes music made for music lovers by music lovers, rather it has diluted itself with monotonous candy-coated melodies, focusing only on The Bottom Line.

In order to wrap our mind around this type of phenomenon, we must accept that most new entrants into the record business are in it for just that – business.  And Rebecca Black is laughing all the way to the bank as Forbes.com predicts she will surpass $1 million in iTunes sales before we know it. Record companies are now releasing a business plan packaged as a new hit single. But unless you can say with a clear conscious that you’ve never once been guilty of pirating on some level, keep your judgment in check.

Music production has been profit driven since the inception of the major record label.  The people who claim to love and crave ‘real’ music do not seem to be the ones opening their wallets to shell out and feed the creation of said genre. The quality of new music is, and always will be, a direct reflection of the tastes of the individuals willing to feed the beast financially.