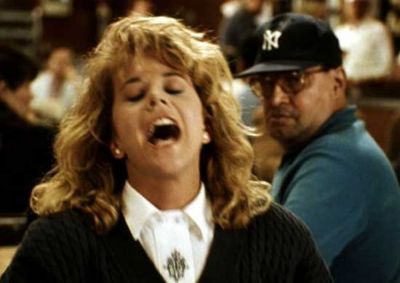 Somewhere in all my years of relationships with women the unspoken rule was always ‘as a woman I’m always independent, able to resolve things, find happiness and success until the moment I don’t you will come as your role as a man to bail me out…’

This of course has cast most men in the hopeless role of being saviors and shining white armors waiting to put the princess back on her silver plated saddle. An axiom this author doesn’t buy and to be honest resents.

That said, I bring you great pleasure in bringing you Hugo Schwyzer‘s compelling essay from one of our favorite journals- goodmenproject.com whom we suggest you get to know for smart reads on the dialectics of what men are all about today. I think you will find Hugo’s position on the female’s desire for liberation, independence and their diabolical stance towards men a dynamic read.

The original can be read on the goodmenproject site here– (do check out the comments) and in part below:

The thesis rarely varies: women have become so independent that they no longer need men. They may want men, but they’ll get by without them. That self-sufficiency, so the conventional wisdom goes, is chasing men away. Men, as all these articles invariably say, need regular reminders that we’re indispensable. We need women to have problems that they can’t fix for themselves; if we’re not given the opportunity to prove our usefulness, we feel worthless.

Popular wisdom suggests that women feign helplessness: “Even if you know how to do it, pretend you don’t! Let your guy be the hero once in a while.” Nothing like a little manipulation to establish a relationship on firm footing, right?

As a man, these articles irk me to no end. They’re insulting because they reveal such a low opinion of men. The subtext of these pieces is always the same: despite the outer trappings of civilization, most men are a mixture of the beastly and the heroic. To keep a man from being the former, you have to give him as many chances as possible to be the latter. And in order to give him those chances to be heroic, women have to fake incompetence.

The idea seems to be that while women have evolved leaps and bounds within a generation or two, men are still stuck in the Paleolithic era.

(This is the same rationale that encourages women to fake orgasms—instead of talking to your male partner about what he could do differently, or explaining that you’re not in the mood, or doing some other truthful and healthy thing, we teach wives and girlfriends to feign ecstasy in order to protect the supposedly fragile male ego.)

There are more than a few good men out there, men who are much stronger and emotionally competent than we’re taught to believe. We don’t need women to hide the truth from us, especially if that truth involves pretending you don’t know what you know. We’re better, smarter, and more resilient than that. Despite what a few pop psychologists say, our egos aren’t any more fragile than women’s—there’s no need to infantilize us.

So what’s the real impetus behind these magazine articles urging women to “give up control”? Part of it is unabashed hostility to feminism, the ongoing “backlash” against women’s slow but irresistible march into traditionally male spaces. The oldest trick the anti-feminists have is to use the fear of loneliness against women, setting up a cynical false choice between happy dependence or lonely autonomy. From an anti-feminist standpoint, the more women who can be scared into choosing romance over pursuing their dreams, the longer the glass ceiling stays intact.