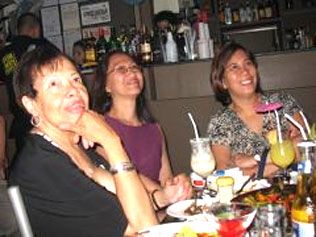 What counts for due diligence?

Carol Wilson‘s family have launched a lawsuit against Emirates Air on the basis  that the airline did little or next to nothing to preempt her death upon suffering a heart attack while on a flight last April from Dubai to Houston.

Mrs White said that her mother had visited the restroom shortly before the plane’s landing but failed to return. A flight attendant called Mr Carriker over to knock on the door, but there was no response.

“When they opened the door they found my mother slumped over and unconscious with her eyes rolled to the back of her head,” Mrs White said.

“Her pants were pulled down. My brother had to dress my mother. She was gasping for air.”

With the crew allegedly failing to act, Mr Carriker attempted to move his mother out of the bathroom but struggled as she was “dead weight”.

Failed to act? Was the crew aware of the nature of the circumstances at hand? Where they in a position to help and if so, why didn’t they?

Eventually a male flight attendant helped move her onto the floor in the middle of the aisle and handed Mr Carriker an oxygen mask, but allegedly did not assist in putting it on.

The family claims that the crew did not perform CPR, did not announce a medical emergency and that no defibrillators – which the airline states it has on its planes – were brought out.

Not brought out because the crew didn’t remember they had them, think it would be necessary or just couldn’t be bothered or then again, maybe just maybe in their minds Carol Wilson was already dead or would be quite shortly…

Still unconscious, the crew moved Ms Wilson to a jump seat and strapped her in for landing.

The horror didn’t end there for the family – after touching down the crew allegedly let all the other passenger off the plane first before letting paramedics on board.

“No type of means of life support was used to assist my mother. They just let her die,” Mrs White said.

“By the time we landed – and they let the people off the plane first and then they let paramedics on the plane – it was too late.”

Is this starting to sound like a bungled up operation with each excrutiating detail? Was dealing with the issue at hand at a type of arms length going to help navigate the situation? Or was this just muted antipathy on behalf of the airline?

But then again, could one wonder if Carol Wilson would have still died had the airline acted in a more compelling manner, which brings up the notion, that perhaps the Wilson family are looking for arrears and a reason to define the inexplicable death of a once apparently healthy person? Court will begin in September later this year.