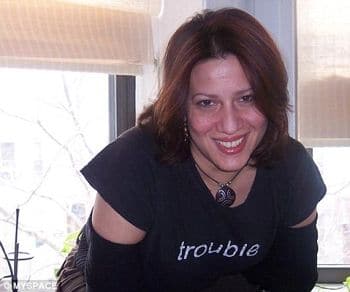 What was Jomali Morales doing at 4am at an infamous housing project when she was murdered?

At risk of offending family members and friends, this author dares to wonder aloud how it came that Jomali Morales was found mortally stabbed 20 times and left to die at the base of elevator banks at the infamous housing projects- Baruch Houses at the dead of night? Why infamous? Because it is the lower east side capital of New York city crack drug dealing dens.

dailymail.co.uk: Her body was found at 5am in a pool of blood in the elevator of the notorious Baruch Houses, Manhattan’s largest housing project, which has 2100 apartments, on February 13.

It is not clear what she was doing in the neighbourhood locals described as ‘unsafe’ at such a time in the morning.

One day earlier a 30-year-old woman was stabbed to death just after 4am at the same housing project.

Anyone in their right mind would know better to stay away from such a facility, especially at that time of day, but then perhaps one could wonder Ms Morales wasn’t in her right mind when she decided to turn up at a rampant drug complex (a cursory walk in front of the complex will have you noticing youth peddling narcotics- but if you prefer to believe that they are not that is just fine too. Why the police let go on is another question all together…).

The police also revealed that she did not know anybody in the project and that her purse was found on the grass nearby, although it is not yet clear if her valuables were taken.

Her mother Petra Vitale said: ‘Why she went there, I don’t know. She must have known someone there.’

She must have known someone there? If that is the case- why haven’t they spoken up? Perhaps this was an instance of bad timing, wrong place and an innocent soul who didn’t know where she was going. But in a city that exists with pervasive racial prejudices, an undercurrent of narcotics trafficking (as is the practice of housing complexes) – being a woman out of context from what normally passes for de rigeur can sometimes get you in trouble. In an ideal world such things should never matter, but in the dead of night, in the wrong part of town, with a history of social decay and narcotics trafficking, decorum and civility go out the window. Something one suspects Ms Morales must have been aware of and chose to ignore or at the very least risk for some other reason…