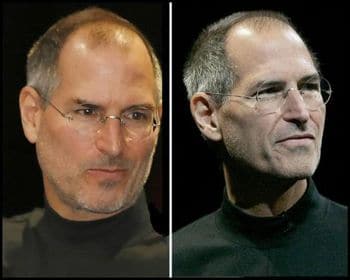 How sick is Steve really and is there anything that he’s keeping from the public?

Reports have surfaced that Steve Jobs who over the last few years has reignited the presence and profits of Apple Computer which he originally headed before leaving only to return at a later date is once again about to step down from his duties with Apple for an indefinite time due to medical reasons. What kind of medical reasons you are wondering? Let’s put on our stethoscopes and find out…

nytimes: Mr. Jobs announced his leave on Monday in a letter to employees that said he was stepping aside “so I can focus on my health” but would continue to be involved in major strategic decisions at the company.

“I love Apple so much and hope to be back as soon as I can,” Mr. Jobs wrote in the letter, which was made public by Apple.

Mr Jobs who also stepped aside in 2009 pursuant to a liver transplant hasn’t necessarily been the most beguiling image of health over the last few years. Despite how much Mr Jobs loves Apple and conversely how much they and stock investors love him in return that doesn’t necessarily mean Mr Job’s health will suddenly improve. Although being adored never hurt anyone’s health.

Unlike his prior leave, when Apple said Mr. Jobs would be gone for six months, this time Mr. Jobs did not say how long he expected to be out. Analysts said the leave raised questions as to whether Mr. Jobs — who recovered from pancreatic cancer after surgery in 2004, but has continued to beset by health issues — would come back to lead Apple.

Which of course raises the bigger question of whether Mr Jobs will ever return and if perhaps now that the company is leading the way in new products and profits now is the better time as opposed to him just one day being forced from his job in a jolting manner (which is not to say this might also be the case behind closed doors) if a suitable replacement leader can be found and groomed. After all a testament to good leadership isn’t how well the company does when the king is in the throne, but how well the kingdom does once his time at the throne is up. Although one can rarely disregard the formidable presence of a visionary, even if one must be ultimately compelled by the vision itself as opposed to the visionary himself.

If we remember correctly when Walt Disney passed away some 45 years ago his company only went from strength to strength, let’s hope that Mr Jobs legacy should it come to that also help steer this formidable company and its vision to continue emboldening enterprise- even if who needs the most emboldening right now is Mr Jobs himself…