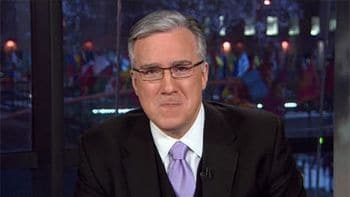 This article comes courtesy of our friend Christopher London – whose wonderful blog we fully recommend: www.christopherlondonblog.com

In the News & Opinion & Entertainment Media, the fringe lunacy represented by Beck, O’Reilly, Palin, Limbaugh et. al etc. or America’s Ministry of Disinformation & Propaganda had ONE MANwho was successfully able to cross their signals, get up in their face and get a wide swath of this country not simply to understand how truly ridiculous, dangerous and often manipulative was their rhetoric but also empowered the sleeping to get up and take them on.

That one person with all due respect was not Steven Colbert nor was it Jon Stewart on The Daily Show or even Rachel Maddow. That is no disrespect for Jon Stewart. He makes you laugh at the ministers of disinformation in American Media.  Keith Olbermann on his show Countdown with Keith Olbermann with his combative liberal perspective made you understand the gravity of their disinformation and the depth of the harm being wrought on civil society, and just maybe made you angry enough to want to do something about it.  Rachel Maddow is perhaps one of the most gifted media personalities in America today.  Her intellect, charm and manners bode well for the future character of our media as well as  the future of MSNBC.  Maddow is dignified as she is hip in her simple brilliance and in exposing the hypocrisy of other media personalities.  You become smarter for simply watching her.Maddow makes you understand it all intellectually so just maybe you can impress your friends at cocktail parties with your vivid dissection of the right; and after all wouldn’t a more dignified debate between the left and the right ultimately elevate our society?

Was Keith Olbermann equally over the top as some on the fringe right? Absolutely, but when Paul Revere went on his Midnight Rideand advised us ‘the British are coming’, would it have bothered you if that Midnight Ride took place in 2007 or 2008 and instead of a horse he did it in a PORSCHE 911 Turbo with a loud megaphone mounted atop his speedy vehicle?  Keith Olbermann on MSNBC in the evening hours was a modern day Paul Revere awakening and rallying the masses from their stupefying slumber.  That he ‘needed to go’ makes you realize why he and his anti-establishment rants and perhaps speaking truth to power was perceived as more dangerous to the members of the existing social order than those in the Ministry of Disinformation & Propaganda combined with thedistraction culture of the entertainment industry. The combo not only gets America to regularly dine on their own excrement but also each other, rather than their ruling elite, keeping our citizenry disengaged and in a state of cannibalistic and coprophagiac bliss.  Similarly, you can see why they may feel much safer with  David Gregory at the helm on Meet the Press than they did with Tim Russert. You always got the sense that even Tim might deviate from the script and ask a question or share some information that might lead viewers to see the man in the curtained off booth which is why his mysterious death troubled me and others. In America, we no longer want or need you to see ‘The Great Oz’ or even understand the Zeitgeist.

to read the balance of the article we suggest you click on this link here:

The lynching of American media and Keith Olbermann.