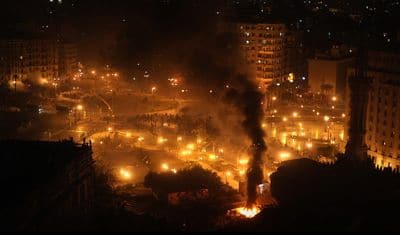 Whom does America bet on to counter these rising forces? The same friends it has been betting on for decades: Mubarak’s pharaonic regime in Egypt, Mahmoud Abbas and his Palestinian Authority, the Saudi monarchy, and increasingly radical politicians in Israel. It is no wonder that Iran’s power is rising as the American-imposed order begins to crumble.

And rest assured, if the new kids on the block get in power, they will not be pro America, pro Israel nor will they necessarily be pro fundamentalism (as witnessed to date no fundamentalist has swept in to fill the power vacuum in Tunisia nor is one claiming the desire for power in Egypt) and yet one can only hope that instead of being antagonistic towards certain factions in the mid east the US attempts to be conciliatory: 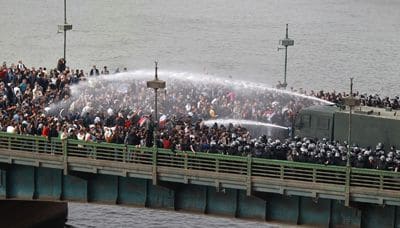 Accepting that Arabs have the right to elect their own leaders means accepting the rise of governments that do not share America’s pro-Israel militancy. This is the dilemma Washington now faces. Never has it been clearer that the U.S. needs to reassess its long-term Middle East strategy. It needs new approaches and new partners.

Ultimately what is at stake is the citizen’s of the mid east ability to garner some economic prosperity and mobility and quash the oppressive divide that has worked to date to engender US and entrenched mid east’s interests. But from the US’s point of view what is really at stake is their ability to retain US hegemony and the sale of a McDonald’s sponsored cheese burger at some future date. How the US reacts to EGYPT will be unconditionally tempered by this fact. But for now I’ll take my cheese burger without the pickles if you know what I mean…. 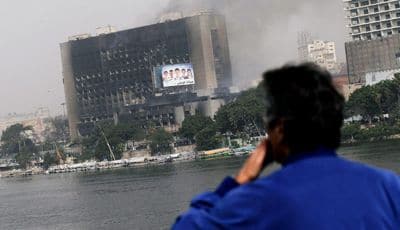