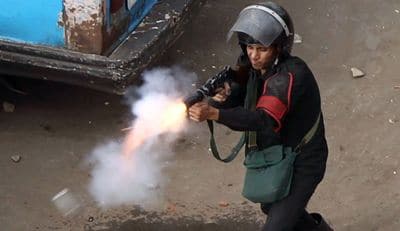 given the US’s own  parlance with financial, pharmaceutical, defense and energy corporations that have effectively ensured the hefty disproportionate allocation of resources here in the US (which is what the youth in the Arab states are reacting to there) and the inconvenient fact that those very institutions were put in place with the green light (and sometimes very active support) of the US government.

But then things keep getting trickier:

informationclearinghouse: Events have moved quickly since then President Zine El Abidine Ben Ali of Tunisia has been overthrown, Hezbollah has chosen the new prime minister of Lebanon and thousands have taken to the streets in Egypt to demand an end to Hosni Mubarak’s 30-year dictatorship. The Middle East is erupting—and the U.S. is watching from the sidelines. Unable to guide the course of events, it can do little more than cheer for its sclerotic allies and hope that popular anger does not sweep them aside.

Washington sees the various local and national conflicts in the Middle East as part of a battle for regional hegemony between the U.S. and Iran. If this is true, the U.S. is losing. That is because it has stubbornly held onto Middle East policies that were shaped for the Cold War. The security environment in the region has changed dramatically since then. Iran has shown itself agile enough to align itself with rising new forces that enjoy the support of millions. The U.S., meanwhile, remains allied with countries and forces that looked strong 30 or 40 years ago but no longer are. 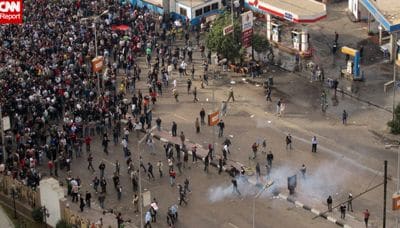 So if you’re going to use states as pawns it helps to back those states that will best serve your interest and who also happen to have the power and influence to see your interests engendered. But what happens when you start currying the fervor for democracy and liberty (the excuse you used to ransack Iraq, stay in Iraq and keep threatening to invade Iran, whom you have perceived to be a threat in the region, or to be correct the biggest threat to your aspirations in the region….) and those entities who do get ‘elected’ are not the ones whom you would have ideally rule the country and by defacto best represent your interests?

Iran is betting on Hizbullah, Hamas, and Shiite parties in Iraq. These are popular forces that win elections. Hizbullah emerged as the heroic champion of resistance to Israel’s 2006 invasion of Lebanon, winning the admiration of Arabs, not only for itself but also for its Iranian backers. Many Arabs also admire Hamas for its refusal to bow to Israeli power in Gaza.

Pro-Iran forces have also scored major gains in Iraq. They effectively control the Iraqi government, and their most incendiary leader, Moqtada al-Sadr, recently returned to a hero’s welcome after an extended stay in Iran. By invading Iraq in 2003, and removing Saddam Hussein from power, the U.S. handed Iraq to Iran on a platter. Now Iran is completing the consolidation of its position in Baghdad.

And yet America can hardly stay infront of the curve, and if anything has found itself starring in a satire: 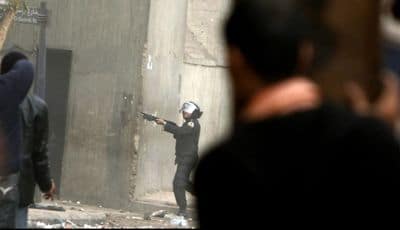