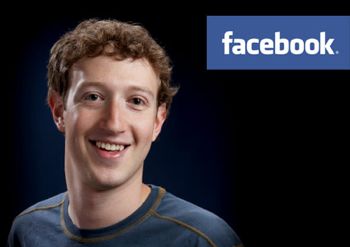 What would YOU say to Mark Zuckerberg if you had the chance?

An unhappy hacker had this to say when he broke into Mark Zuckerberg’s Facebook Fan Page Tuesday:

“Let the hacking begin: If Facebook needs money, instead of going to the banks, why doesn’t Facebook let its users invest in Facebook in a social way? Why not transform Facebook into a ‘social business’ the way Nobel Price winner Muhammad Yunus described it? http://bit.ly/fs6rT3 What do you think? #hackercup2011″

Facebook won’t discuss the hack; but in the typical stick-your-tail-between-your-legs- and-hide-behind-a-computer-screen style of Mark Zuckerberg, he of course, took to Facebook to post the blog entry, “A Continued Commitment to Security,” which draws attention to Data Privacy Day, on Friday. The  Day is an international effort by governments and businesses to draw attention to personal-date protection.

LA Times: “A key part of controlling information has always been protecting it from security threats like viruses, malware and hackers. That’s why we’ve developed a number of complex systems that operate behind the scenes to keep you secure on Facebook.”

Of course protecting privacy is important. In the case of Facebook privacy, however, is it really so much protecting us? What privacy? Willingly, millions of Facebook users divulge and document every minute of their mundane lives all over the world, every second of every day.

So what if someone called Mark Zuckerberg out on his Facebook Fan Page? We live in a society where people literally write their last words on Facebook, that end their lives because of the gossip people have spread on social sites.

We’re really worried about spamming our friend? Changing our email to ilikedix69@blowme.com ?  Giving us a trojan that Geek Squad will have to fix?

Facebook isn’t the culprit here, it’s just the catalyst. We’re the real problem; our sadistic fascination of sharing our entire lives voluntarily. That’s the problem. Even a behemoth like Facebook can’t save us from ourselves.