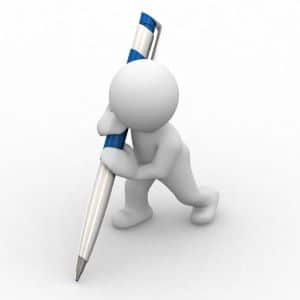 Because one Zuckermanse is never enough…

Ever wanted to be an unpaid advertising copywriter? Well, now you can be – whether you want to or not – because Facebook will soon be branding your status updates and whoring them to your frenemies as crowdsourced advertisements.

As The Consumerist reported, “For example, if you write an update saying ‘Just bought me some Starbucks’ or you ‘check in’ at a Starbucks location, Starbucks can take that update, slap their logo on it and label it a ‘Sponsored Story.’”

Sure it’s all the pomp of corporate sponsorship with none of the traditionally lavish benefits, but isn’t your favorite brand just, like, so fun to engage with? No doubt that’s why there’s no opt out method – who would use it?

Not that it matters much considering our collective addiction to these so-called ‘social’ media, “But,” The Consumerist further noted, “isn’t it one thing to tell your friends ‘Just had that new Burger King burger’ and another for Burger King to use it in a paid ad for which you receive zero remuneration?”

Certainly, one would think, these are different situations – but isn’t this also just a formalization of what social media has always been: a ploy at getting users to enthusiastically produce nonstop free content? That is, to turn everyone online – even the most time wasting and deviant anonymous lurkers – into easily identifiable laborers? In this case something similar to a kind of copywriter, drone, and brand ambassador all rolled into one over-eager status updater?

Of course, instead of getting grossly underpaid for your soulcrushing 16-hour days in true advertising fashion, with Facebook you can do it pro-bono as the social detritus of your digital life becomes an unending corporate sponsorship… with no benefits or hope of a retirement.

Ever wanted a career in advertising? Now you’ve got it.