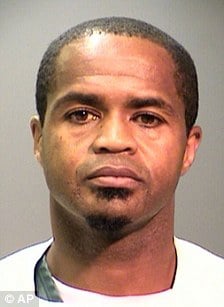 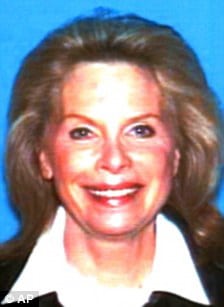 A random robbery attempt that turned into murder.

Authorities believe that they may have solved what was initially perceived to be a gangland murder of Ronni Chasen.

Detectives believe ex-convict Harold Smith was acting alone when he tried to hold up Miss Chasen after she pulled up to a junction in her Mercedes as she drove home from a star-studded premiere party.

In the event you forgot, Harold Smith is the suspect that recently ended up taking his own life as authorities came to question him with regards to Ms Chasen’s murder, that despite much conjecture and speculation that a master mind gangland contract killing was beyond him. Which ironically it was, despite the fact he still managed to kill Ms Chasen, if by accident.

Smith was riding a bicycle and when the 64-year-old publicist ignored his demands, he pumped five bullets into her chest, according to a scenario revealed at a press conference today.

The extraordinary explanation for the mystery that has gripped America for weeks was revealed after ballistic tests showed that the murder weapon was the same gun used by Smith to shoot himself last week when police went to quiz him about the killing.

Simple and gruesome enough, but one has to wonder given the spate of fantastic reasons as to how Ms Chasen met her demise, nieces that she scorned, possible clients and gangsters that she may have had back seat deals with that such a possible explanation wasn’t offered in the first place and why the media, perhaps in part because of  her relative proximity to Hollywood and the hyperbole thrillers that they are known to manufacture by almost wished her a terrific cinematic death. Not to say anyone really ever wishes anyone death, unless of course they do…

‘We believe that it was most likely a robbery gone bad,’ said Beverly Hills Detective Sergeant Mike Publicker.
‘He was at a desperate point in his life and he was reaching out and taking desperate measures.

And yet even that has its own perverse cinematic elegance, one person high on the world, surrounded by its illustrious players and another down on his luck, desperate to make ends meet- a story that one can see every minute, every day when they drive from downtown LA to the canyons and castles that Ms Chasen lived.