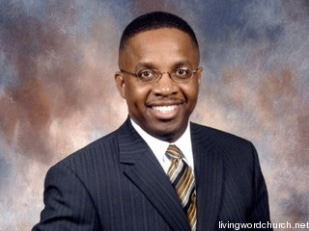 What happens when you publicly denounce Facebook as encouraging extra marital affairs when it later turns out you are just as complicit?

In what could be deemed as one of the faux pas of the week Rev.Cedric Miller who garners a vast following with the Living Word Christian Fellowship Church in New Jersey has been forced to reverse course after it was revealed by the Asbury Press that the man who was vehemently condemning social networking site Facebook for encouraging extra marital affairs was himself up to his eye balls in the very thing he guarded against. All which has served to sully Rev. Cedric Miller’s position as a religious leader within his congregation and once again opened the can of worms with respect to the church’s self aggrandizing behavior and attitudes, a constant contradiction and betrayal of espoused doctrine.

Asbury Press: Miller, 48, who gained national attention this week when the pastor banned his church’s leaders from using Facebook because he said it is a portal to infidelity, had himself engaged in a three-way relationship with his wife and a man a decade ago, according to testimony he gave in a criminal case.

Licking your chops? And it goes on…

Miller, pastor of the 1,100-member Living Word Christian Fellowship Church on Route 35, admitted in his testimony to a sexual relationship that included his wife and a church assistant. Sometimes the assistant’s wife was present, he testified.

Scandal as far as we are aware within the ranks of Church hegemony is strongly frowned upon. Which sets up the question, despite this being a situation that happened a decade ago, how can a congregation be asked to believe and have faith in one of its spiritual leaders when he goes against the doctrine that he of so late has been espousing. Never mind the idea whether people can only ever always be with one bethrothed partner, a human instinct that often gets challenged regardless of societal rules and moral cues.

“Married couples are going on Facebook and what happens can end up in my office,” Miller said. “I know from where we stand in the Christian perspective, the connection is inappropriate.”

Which causes us to wonder, surely the reverend knew the risks of possibly being found out, especially in lieu of his very public stance against Facebook and a barrage of eager journalist sleuths who were probably listening with one ear intrigue and the other very careful scrutiny.

In the end Rev,Cedriv Miller has chosen to resign, but the question remains, how out of touch is the church with human inclinations, despite best intentions and the moral guidance it seeks to affect?

Who will light a candle for the Reverend now?