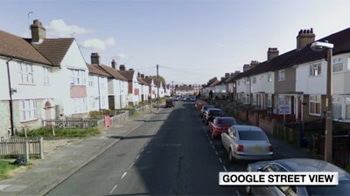 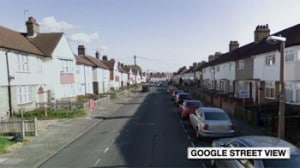 In the latest spade of mothers tending to their children’s welfare in the most dramatic ways comes the latest episode to the “tragedy of mothers who really don’t know better.” This unfortunate story comes courtesy of an East London household starring 44 year old Satpal Kaur-Singh and her 12-year-old afflicted son Ajit.

UK Telegraph : Satpal Kaur-Singh, 44, killed 12-year-old Ajit hours after she attended a social services meeting when she was warned he would be taken into care because of concerns about her parenting skills.

No doubt the perfect irony. As it turns out, social services were correct to be concerned about Satpal’s efficacy to parent this child or unless the expressed concern itself acted as a catylist for Satpal to engage in her nefarious plans…

“…within nine hours she had forced Ajit to drink Domestos from a cup but after drinking the disinfectant herself changed her mind and called the emergency services saying “I’ve just murdered my son and I’ve tried to kill myself.”

Police and paramedics rushed to her east London home and found Ajit lying on his back on the sofa with his eyes closed and his right arm hanging down by his side, surrounded by vomit just after 10.30 at night.

A ghastly scene no doubt. But what really triggered this course of action? The doubt, the pressure, the unusual burden of having to take care care of an afflicted child or the sudden realization that in some perverse way she would suddenly be relieved of her presumed burden and by extension that notion in of itself became a too unbearable burden to hold onto…

Kaur-Singh said she had given Ajit the bleach two hours earlier and then she drank a cup and a half of Domestos an hour later on February 9 of this year telling an officer “I couldn’t cope any more.”

Both were rushed to hospital and where she told doctors: “Today I just couldn’t take any more. I looked after him for 12 years. This shouldn’t have happened to him. They shouldn’t have been taking away my child.”

And in the end Kaur Singh has taken herself away from the one entity, soul she did in fact cherish, and now of course herself too…such bitter ironies.